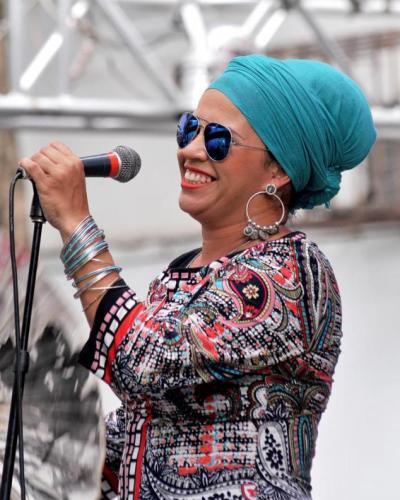 Havana, March 12 (RHC)-- Cuban rapper Telmary gave a concert earlier this week as part of the campaign #EstamosContigo #MúsicosPorCuba, launched jointly in March last year by the Cuban Music Institute, the Cuban Ministry of Culture and the Radio and Television Institute after the emergence of the first Covid-19 cases in Cuba.

The campaign aimed to encourage people to stay home and take care of themselves and their loved ones, thus contributing to stop the spread of the deadly disease.

Telmary started her musical career with Free Hole Negro in 1999 before joining Interactivo in 2002, a stellar collective of Cuban musicians whose singular groove layers rap, funk, jazz and soul atop traditional Afro-Cuban rhythms. She launched her solo career with her flagship album A Diario, which won the Cubadisco award for Best Hip Hop Album in 2007.  After seven years in Toronto, Canada, Telmary returned to Havana where she formed her band HabanaSana.