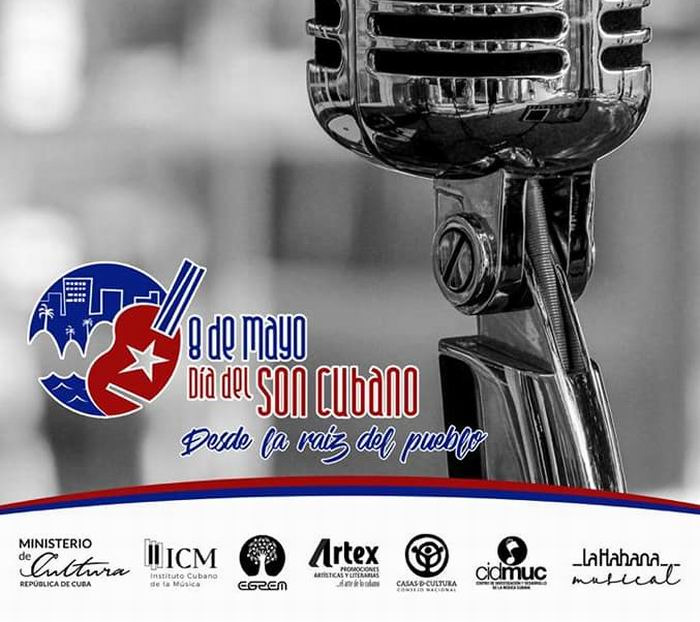 May 8 is Cuban Son Day

Havana, March 24 (RHC) – The Cuban Music Institute has launched a communications campaign leading up to May 8th --Cuban Son Day, which will be celebrated for the first time this year, after being instituted by the Ministry of Culture in October 2020.

At a press conference Tuesday, organizers said that the campaign will develop primarily on social networks, digital platforms, radio and television due to Covid-19.

The initiative of the Cuban Music Institute and maestro Adalberto Álvarez has the support of the Ministry of Culture and other cultural institutions and companies like Artex, the Record and Musical Editions Company EGREM and the National Council on Cultural Centers.

‘The communications campaign aims to highlight son music as an essential feature of Cuban culture and national identity,’ Roilan Pardo Cabrera said and stressed that besides paying homage to great exponents of the music genre, like Miguelito Cuni and Miguel Matamoros, the Day celebrates also the work of ´current exponents, who have enriched son music.

The campaign tune is entitled ‘Voces de Hoy’, performed by Emilio “El Niño” Frías, with arrangements by Manolito Sinomet, and the special collaboration of Adalberto Álvarez and Pancho Amat.

The deputy president for communications of the Cuban Music Institute Osmani López Castro, urged Cuban media to contribute to this campaign, based on the premise that although this year’s first celebration cannot include in-person activities due to the epidemiological situation in the country generated by the Covid-19 pandemic, son music deserves a prominent, permanent space in the country’s cultural calendar.

All the documentation generated from the celebrations across the nation, including audiovisual materials, debates, exchanges and lectures on the vitality of son music and the work of its current exponents will be part of the file that Cuba will submit before the United Nations Educational, Scientific and Cultural Organization (UNESCO), in the hope that UNESCO declares Cuban son Cultural Heritage of Humanity.

May 8th was declared Cuban Son Day in homage to the music genre, its impact on Cuban culture and its people and the coincidence that two of the greatest exponents of Cuban son were born precisely in May: Miguel Matamoros in 1894 and Miguelito Cuní in 1917.