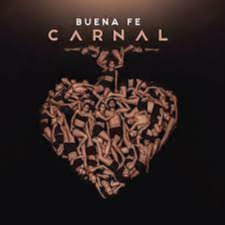 The 14-track album ‘Carnal’ was launched in late 2019 on the 20th anniversary of Buena Fe. According to Israel Rojas, ‘Carnal’ –the band’s 11th musical production is an eclectic mix of “new trova”, world music infused with poetic Caribbean lyricism. ‘Each song represents profound experiences of how we confront our human condition’, he said adding ‘CARNAL gets down to the deepest part of the human experience.’