Cubans resort to social media in support for their musicians 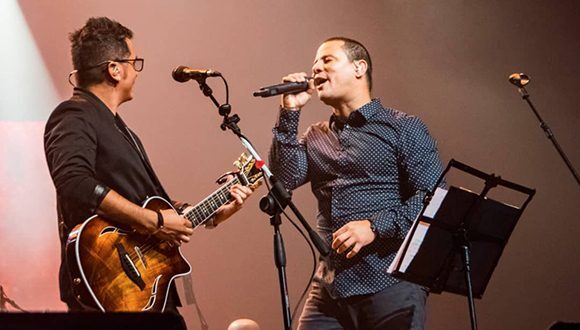 Havana, Feb. 8 (RHC)-- Cubans on the island have resorted to social media to express their profound admiration for musicians, members of popular Buena Fe Duo, their firm stance in support of the cultural policy of our Revolution and the work of Cuban scientists and health personnel in times of Covid-19.

With the hashtag #ConBuenaFeYo, thousands of messages have circulated on Twitter, by which different generations of Cubans voice their support for Israel Rojas and Yoel Martínez, who over the past 21 years have delighted their audiences on the island and abroad with their art.

The two musicians have been the target of attacks by Cuba enemies on social media, following the recent cancellation of three already sold-out Buena Fe concerts in Canada. Canadian authorities refuse to let the Cuban musicians in, as they don’t recognize the Cuban Covid-19 vaccines, to which Israel Rojas and Yoel Martínez dedicated a beautiful song entitled ‘La fuerza de un país’ or (The Strength of a Nation).

The two Cuban musicians responded on Twitter. They wrote: ‘We will sing there, wherever our vaccines are recognized.’

Cuban President Miguel Díaz-Canel also resorted to social media to renew his support for Buena Fe duo, their musical talent and the dignity and courage they have both shown in defending their ideas and principles.

Deputy Culture Minister Kenelma Carvajal and the president of Casa de las Americas Abel Prieto, for their part, celebrated that both musicians trust Cuban science, our scientists and the Cuban Covid-19 vaccines.