Cuban Boxing team looking for all the gold 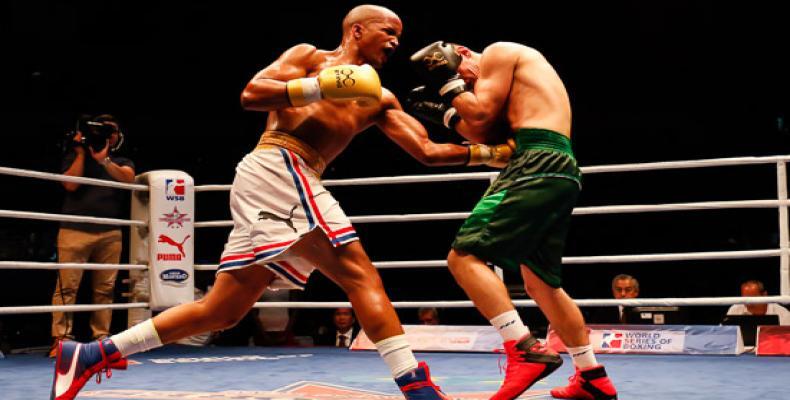 Lima, July 29 (RHC)-- After more than two months of inactivity in the ring, Cuban welterweight Roniel Iglesias made his debut in the XVIII Pan-American Games Lima 2019 with a victory and has guaranteed him a bronze medal in the boxing competition.  Iglesias´ teammates also advanced to semi-finals after winning their respective bouts.

"It had been a long time since I last stepped into the ring in an official bout, and I am pleased with the way I felt,” Iglesias told to Cuban Sports web site JIT after beating Nicaraguan Omar Brenes by unanimous decision. Veitia dominated Colombian Yilmar Gonzalez by countering his rival´s size and reach advantage with lots of speed.  Savon, found in his solid left hooks his most effective weapon against Canadian Bryan Colwell.  Cuban boxing team has earn 6 passes to the Semi-Finals and this Monday Featherweight Osvel Caballero will face Colombian Ceiver Avila, and Damian Arce will do it against Peruvian Isaac Peña.