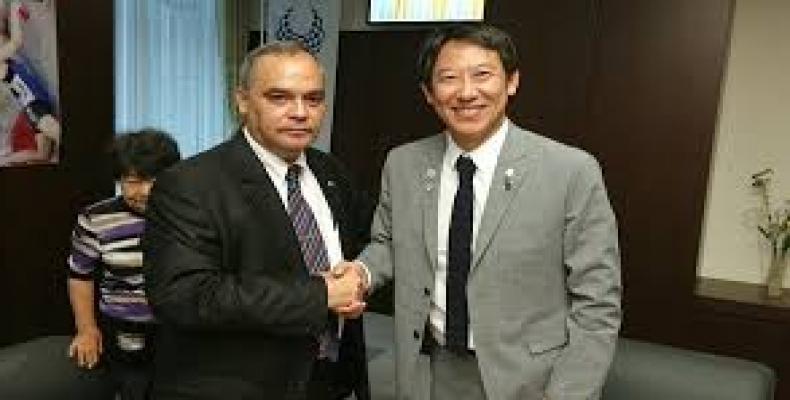 Havana, August 21 (RHC) – The President of the Cuban Institute of Sports (INDER) Osvaldo Vento Montiller, congratulated the Organizing Committee of the Tokyo 2020 Olympic Games, and announced that Cuba is working on bringing to Tokyo over 100 athletes to compete in at least 14 Olympic disciplines.

During the meeting with the Olympic missions chiefs, Vento Montiller praised the cozy welcome given to them by the local authorities and all the hard work that has been done in order to achieve ``the excellent games that will make history.´´

Vento and the rest of the participants listened to a report on the positive evolution of the construction of facilities, mostly regarding to housing, general services and transportation.

The INDER President also signed a memorandum with authorities of the cities Sendai and Tagajo, as well as with the Sendai Ikuei School, with the purpose of guaranteeing training camps for Cuban athletes in Japan.

``We are sure that our athletes will finish their preparation at a high level and they will get closer to the cultural and historical richness of the Japanese people,´´ Vento twitted after dialogues with Senator of Miyagi, Masamune Wada; with the Mayor of Tagajo, Kenjiro Kikuchi; with the Mayor of Sendai, Mrs. Kazuko Kohri; and with the President of Sendai Ikuei, Gakuen Takehiro Katoh.