Tokyo admits Summer Olympics can be delayed one or two years 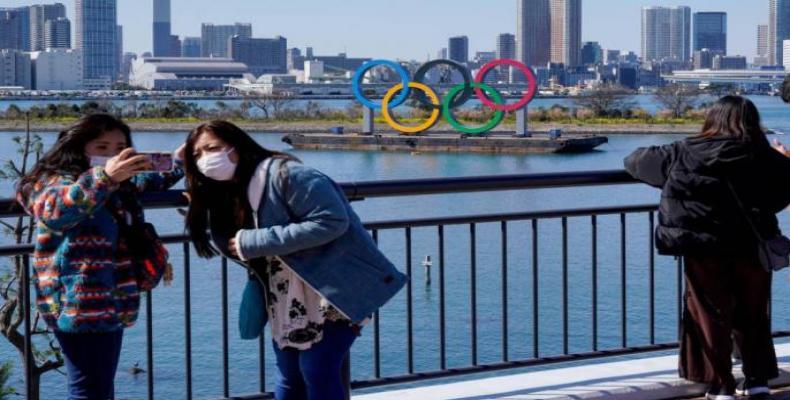 Havana, (RHC) - The possibility of a postponement of the Tokyo Olympic Games is already more than a hypothesis. Haruyuki Takahashi, one of the 25 members of the Organizing Committee of the competition to be held from 24 July to 9 August, let it be known in The Wall Street Journal that such a possibility is being handled, although he considers a total cancellation or holding the event behind closed doors impossible because of the disastrous economic consequences that would result.

Takahashi said: "I don't think the Games can be cancelled. If necessary, we would consider a postponement. The IOC [International Olympic Committee] would face too many problems if they were cancelled, especially because of the television rights that the American networks have signed up for. If there were a postponement, he said it would be "one or two years.

Takahashi's warning comes after IOC President Thomas Bach said a week ago that "neither cancelling nor postponing Tokyo 2020 is on the table. The agency is working closely with the World Health Organization (WHO) and is confident that the epidemic will be over by the summer, but the Games mean a huge movement of people: 11,600 athletes from more than 200 countries, 50,000 journalists and half a million visitors to Japan. It is a risk to the spread of the virus if it has not abated sufficiently (there are now more than 580 cases).

Various cabals were already circulating in the Olympic´s yellow press. One, to occupy the dates of the Paralympics (August 25-September 6) and delay them to gain time but without moving from the Olympic year and disrupting as little as possible the calendars of major sports. Another one is to take the appointment to 2022 and to coincide, as it happened until Barcelona 1992, with the winter ones, which are foreseen in Beijing. Also, to move the summer ones to 2022 and to take the winter ones to 2024.

What is not contemplated is a suspension, something that has only occurred with the First World War (1916) and the Second (1940 and 1944).