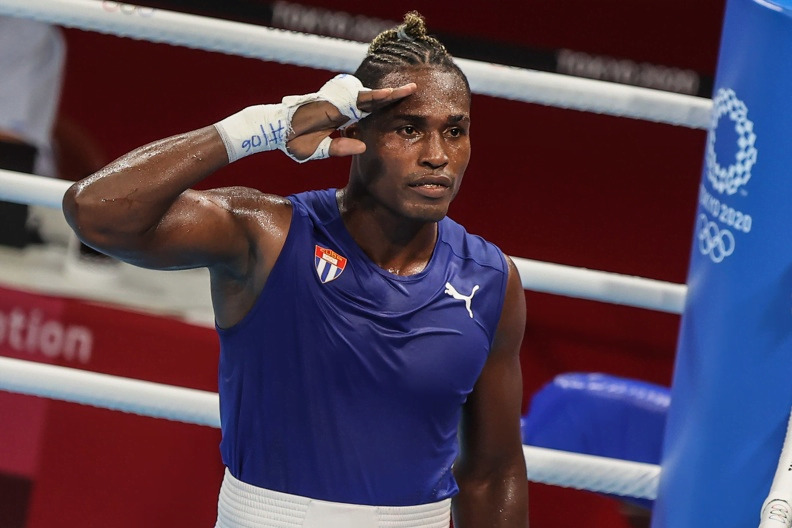 Tokyo, August 6 (RHC)-- Cuban boxer Julio Cesar La Cruz won by a score of 5-0 in the final to the representative of the Russian Olympic Committee Muslim Gadzhimagomedov and added the sixth Gold for Cuba in the Tokyo 2020 Olympic Games.

In Tokyo's Kokugikan Arena, 'The Shadow' was unreachable for the current world champion in the 91 kg division, who this time had to settle for the subtitle.

With his victory, La Cruz becomes the third Cuban fighter to win the division, after Félix Savón in Barcelona 1992, Atlanta 1996 and Sydney 2000, as well as Odlanier Solís in Athens 2004.