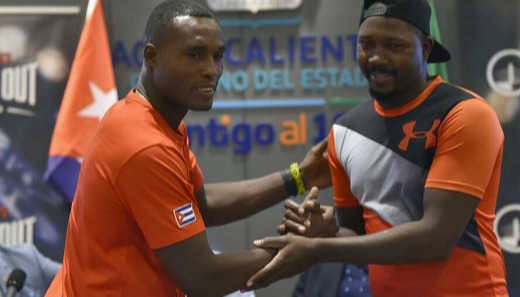 "My goal is to seek victory, but always with respect for my opponent and prepared for the best man to win in the ring," said the two-time Olympic champion about the cruiserweight duel agreed as part of the professional card to be held this Friday.

However, the five-time world champion said that despite the demands of the six rounds, "I have worked to put on a good show and give the best of me".

And he insists on the objective of "making the world fans appreciate that the members of Domadores de Cuba have enough quality and lineage to box in any field".

Cásseres, a veteran in these fights with a record of 27 successes and 15 setbacks, considers "an honor" to have been chosen for the event to be held at the Palenque de la Feria Nacional de San Marcos", and agreed with his opponent in the decision to offer a demonstration worthy of applause.

"We have everything ready and we just have to wait for the fight to come", added the South American, who celebrated 21 of his victories by KO and declared himself "an intelligent boxer who knows how to fight and take care of himself".

Although he declared not to have visualized La Cruz's fights, his trainer Eduardo Murillo explained that this task was already fulfilled by him to design the plan with which he intends that the tools accumulated during 13 years among the rented ones define in favor of his pupil.

The expectations in relation to this and the other five bouts with Cuban presence were highlighted on Wednesday by Mauricio Sulaiman, president of the World Boxing Council (WBC), who highlighted the insertion of the Island in that circuit.

HERE ARE THE CUBAN FIGHTERS' RANKINGS