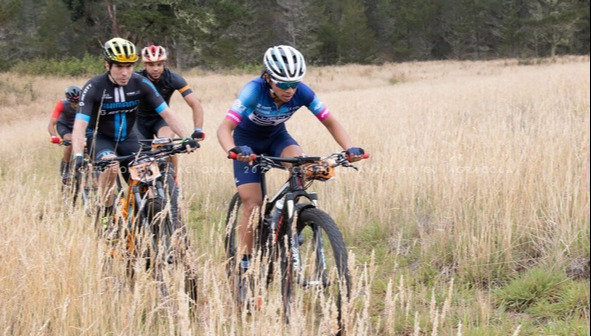 Also in Santo Domingo, the Dominican capital, Marlies reappeared in August internationally victorious after her maternity in the Pan American Road Cycling Championship, by dominating the individual time trial.

She continued her preparation in the neighboring island with a view to the World Championships, which recently took place in Belgium, but was unable to fly to the European country because she did not receive her visa in time.

"I was excited, but I can't be discouraged, I feel strong and ready to represent my country once again in the Central American and Caribbean Games and the Pan American Games, and in what could be my third Olympic Games in Paris 2024," Marlies told JIT.

The Queen of the Veracruz-2014 Central Caribbean Games, where she won five medals, last raced in 2018 in the Barranquilla version when she added three titles in the Cali velodrome, the sub-venue.  A month later she won another three medals at the Pan American Track in Aguascalientes.

"I decided to become a mom and August 19, 2019 was for me a very special day, my daughter Marieth Isabella was born and I have been the happiest woman. She is my engine that drives me to keep dreaming for podiums," she said.

After her recovery she began training in Cuba, first on the road and then alone at home for fear of catching the disease.

"Then we understood and learned how to take care of ourselves, and I went out to ride again. I also dedicated myself to making masks to help deal with COVID-19," he said.

Since last April he traveled to Santo Domingo and restarted his preparation with a view to the Pan American.

"Coaches Leonel Alvarez and Joel Leal sent me the training plans. After winning here the "crono" in the continental championship I prepared myself stronger for the opportunity to go to the world championship, I could not, but I will continue because I am very excited".

While she returns to Havana next November, she does not stop pedaling.

"I train very early because of the traffic, which is dangerous. I leave at six in the morning with my husband Rafael Germán, from the Dominican national team. My mother-in-law takes care of Isabella. The rest of the time we spend at home trying to take good care of ourselves and above all for the child," she emphasized.

"German helps me in everything and ensures the sports equipment I need to run, his mother supports me here as my mom does in Cuba. I also hope for the support of the Cuban federation. I feel good and I want to compete, but it is impossible to compete alone. I trust in my Cuban cycling family, I miss them as I miss my own, I hug both of them soon".