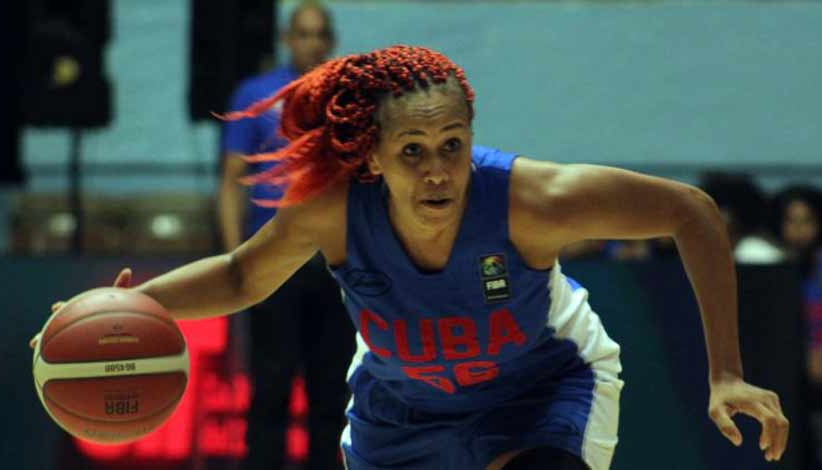 Havana, July 16 (ACN)-- The Cuban women's basketball team will seek today its pass to the final in the Caribbean tournament hosted by the Ciudad Deportiva coliseum in Havana, when it faces the Jamaican team.

In one of the semifinals, the Cuban team will face the Jamaican team, and in the other duel of that phase, the teams of the Dominican Republic and the Bahamas will face each other.

This Friday, the representatives of the island reached their third victory in the competition and maintained their undefeated status, winning 76-51 against the Dominicans.

Both teams came into the game with a 2-0 record, but the locals hardly gave their opponents any options, in what seemed to be a preview of the title game tomorrow, Sunday.

The visitors put up more resistance in a first half that ended 20-19 in favor of the winners, who from then on widened the difference on the scoreboard, as evidenced by the score of 40-31 at the end of the half.

After the break, the hosts dominated the third period 19-10 to increase the advantage to 18 points (59-41) and practically decided the game.

For the home team, Isabela Jordain, who plays in the second level of the Portuguese League, stood out in the offense with 18 points, followed by Dairil Tornez (13) and Yamara Amargo (12).

This competition, scheduled to be held until tomorrow, the 17th, will give two tickets to Centrobasket, which in turn will grant seven slots to the Central American and Caribbean Games in El Salvador, in 2023.

Hence, the winners of today's games will have assured their presence in the Centrobasket, to be held in November in a venue to be defined.

In the qualifying stage, the Cuban national team made its debut in the tournament with a 76-44 victory over the Bahamas, while on Thursday they defeated the Jamaicans by a wide score of 85-32.