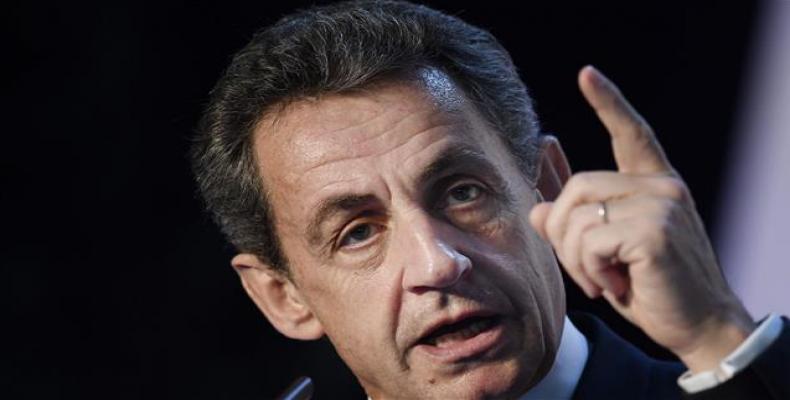 Paris, August 29 (RHC)-- In his new book, "Everything for France," right-wing former French President Nicolas Sarkozy acknowledges that he made mistakes while in office. But anyone expecting an olive branch from the famously intemperate Sarkozy would be quite disappointed.

Sarkozy confirms that he plans to seek the presidency again in 2017 and on his Facebook page writes that he is poised for a "new battle."  He said: "I felt I had the strength to lead this battle at a troubled time in our history... The five years that come will be full of danger, but also of hope."

With low approval ratings, Nicolas Sarkozy lost his 2012 reelection bid against the Socialist Party candidate, President Francois Hollande.  But Hollande's approval ratings have plummeted even further than Sarkozy's once were after forcing through legislation that curbs workers' rights.

Using recent terrorist attacks in Paris and Nice as a backdrop, however, Sarkozy uses his book to urge France “to get tough on immigration, crack down on suspected Islamists and end the erosion of France's secular identity.”

Sarkozy is president of the conservative political party The Republicans, previously known as UMP, and has long advocated for stringent immigration laws.  During his term he implemented quotas for the deportation of illegal immigrants and once referred to rioting youths in a mostly Arab housing project as "scum."