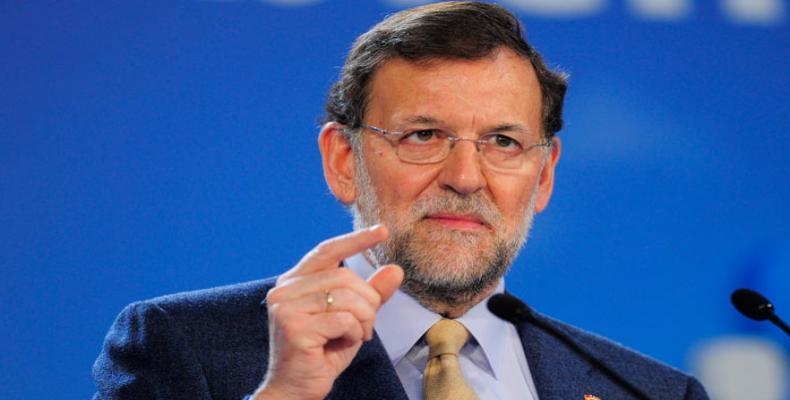 Madrid, August 31 (RHC)-- Spain's acting Prime Minister Mariano Rajoy Tuesday failed to round up the legislative support he needed for a second term, bringing the country a step closer to its third presidential election in only a year.

Rajoy's conservative Popular Party, or PP, won the last round of elections but did not poll a majority of voters, requiring Rajoy to form a coalition government.  So far, the party has failed to win the one endorsement needed to break the deadlock -- the support of Socialist Party head, Pedro Sanchez.

He will get one final chance Wednesday in the lawmakers' no-confidence vote. "The greatest damage to democracy is to tell Spaniards that their vote has been useless twice and that elections must be repeated for a third time," Rajoy said during his failed inauguration speech.

With support from Spain's fourth-largest political party – the centrist Ciudadanos, or Citizens – and the small Coalición Canariahe, Rajoy controls 170 Congressional seats and needs six more to reach the super majority.

Spain has been without a functioning government since the last round of elections in December and June failed to hand a convincing mandate to any political party, if nothing comes from tomorrow’s vote another election would be scheduled, possibly on Christmas Day.