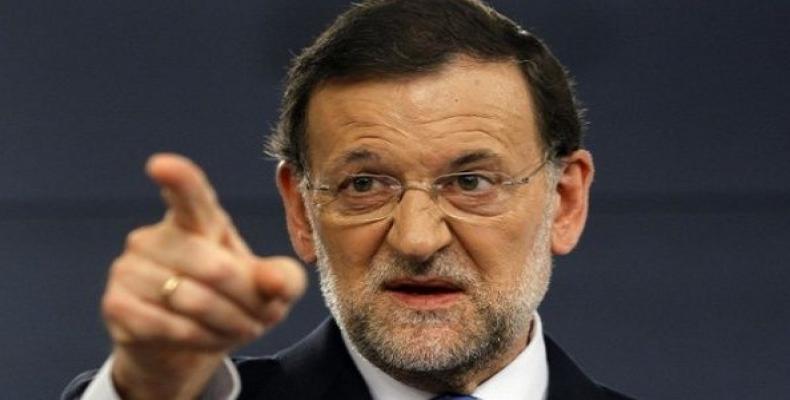 Madrid, October 13 (RHC)-- Spain’s Prime Minister Mariano Rajoy has sent a letter to the president of the Catalan government Carles Puigdemont demanding that the leader clarify by October 16th if Catalonia has declared independence from Spain, and saying that if it has, it will have until Oct. 19 to drop it.

If Catalan lawmakers decide to scrap their independence bid, according to Madrid, Catalonia will have to declare their October 1st vote illegal and its results null and return the region to “constitutional order,” among other legal procedures.

Rajoy said that if Catalonia does not align with the Spanish central government, the national senate will enact Article 155 of the constitution, which reads that the government can take “necessary measures to oblige the region” to conform to the Spanish constitution.  It’s likely this will mean the Spanish government will cut all funding to the region, attempt to oust all Catalan elected officials and call for new elections.  Yet, as this article has never been enforced in Spanish history, officials will need to agree upon what this looks like in practice.

Puigdemont, other separatists leaders and 90.18 percent of the 2.3 million who voted in the October 1st referendum favor a breakaway from Spain.  Even though Puigdemont has asked EU officials to assist in dialogue efforts between Catalonia and Madrid to ease tensions, European leaders have either spoken out against their separatist movement or have remained silent, claiming it to be internal Spanish affair.

A demonstration for Spain's National Day in Barcelona has attracted pro-nationalist, unionist groups in Barcelona who are taking the occasion to shout insults at pro-independence supporters, calling them "dogs” and “traitors,” and chanting: “Long live the civil guard,” while giving the fascist salute. Some sold Nazi merchandise and burned Catalan regional flags.  Tensions rose between these two factions as a fight broke out at a restaurant in Barcelona.

In Rajoy’s speech yesterday to Spain’s Parliament he congratulated the civil guard for its work during the October 1st referendum in Catalonia during which they attacked people trying to vote, causing hundreds of injuries. He also called unionist protesters the real “patriots” of the country.