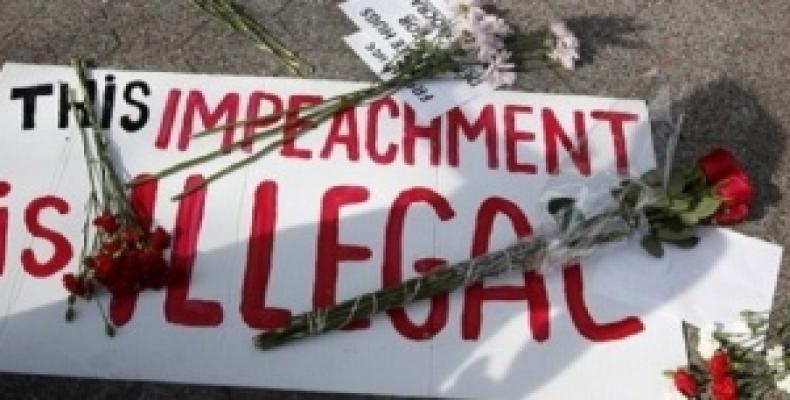 Venezuela has decided “to freeze all political and diplomatic relations with a government that emerged from a parliamentary coup.”  In response to the ousting of suspended President Dilma Rousseff on Wednesday, Venezuelan President Nicolas Maduro addressed the nation on television and radio, condemning the right-wing coup in Brazil.

The governments of Bolivia and Ecuador also strongly condemned the vote to oust Dilma Rousseff, with Quito announcing plans to call its charge d'affaires in Brasilia for consultations.

On his Twitter account, Ecuadorian President Rafael Correa criticized the news of the coup immediately following the 61 to 20 vote to impeach Rousseff over charges of manipulating the budget and reiterated the country's condemnation of the decision.

Venezuelan President Nicolas Maduro, on his Twitter account, said: "Never again will we lend legitimacy to these practices, which remind us of the darkest hours of our America.  All of our solidarity goes out to our comrade Dilma, with Lula, and all of the Brazilian people."