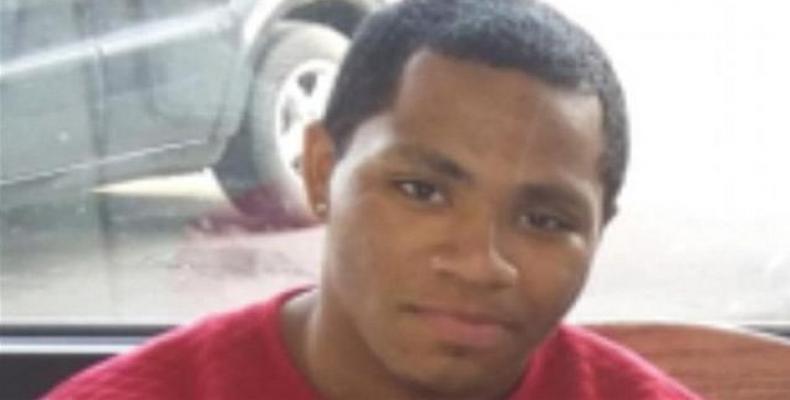 Portland, September 5 (RHC)-- Authorities in the U.S. state of Oregon have launched an investigation to determine whether the death of an African-American teenager at the hands of an alleged white supremacist is a hate crime.

Don Rees, the deputy district attorney for Multnomah County, told The Huffington Post that the incident is "an ongoing active investigation."

On August 10, Russell Courtier, 38 years-old, mowed down 19-year-old Larnell Malik Bruce with his SUV vehicle outside a convenience store in Gresham, according to a prosecutor's affidavit.  Bruce had reportedly been charging his phone outside the 7-Eleven store when Courtier, a member a white supremacist prison gang called European Kindred (EK), pulled up in his Jeep Wrangler.

The white supremacist engaged in a verbal dispute with the Black teen for unknown reasons.  The altercation led to a physical fight, during which Courtier smashed Bruce’s head into the store’s front window.  Bruce allegedly pulled out a knife to protect himself, causing Courtier and his female companion, Colleen Hunt, to get into their car.

Video footage captured from surveillance cameras then shows Bruce trying to run away from the scene and zigzagging to avoid the chasing Jeep.  “The video surveillance showed Mr. Bruce take evasive maneuvers on foot in an attempt to escape Mr. Courtier’s Jeep,” the affidavit said.

As Bruce tried to cross the street, the SUV is seen moving into oncoming lanes of traffic and hitting the teen head-on.  Police arrived at the scene shortly afterwards and found Bruce lying on the street with critical brain injuries.  He was rushed to a hospital and died of his injuries four days later.

A grand jury indicted Courtier and Hunt for murder on August 18.  However, they have not been charged with any hate crimes, which would bring additional punishment.