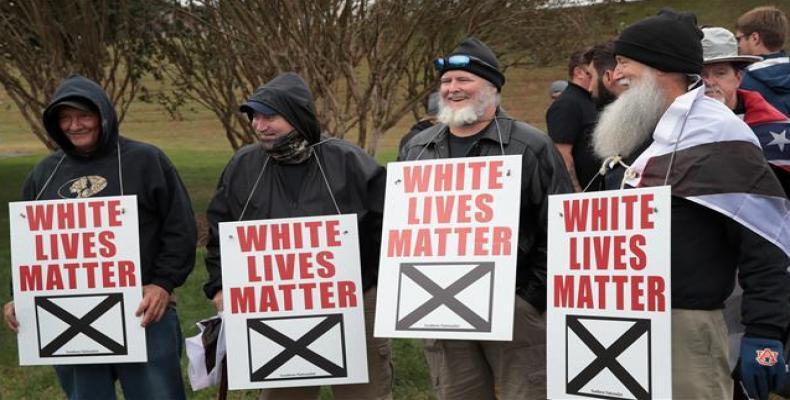 New York, January 19 (RHC)-- The majority of extremist-related murders last year in the United States were committed by right-wing, white supremacists, according to a new report.  The number of slayings committed by white supremacists in the U.S. more than doubled in 2017 compared with the previous year, the U.S.-based Anti-Defamation League said in a report.

While the U.S. murder rate from extremism declined in 2017, it was still the fifth most violent year since 1970, the report said.  Several of the killings were linked to the alt-right movement, "as that movement expanded its operations in 2017 from the internet into the physical world — raising the likely possibility of more such violent acts in the future," the study said.

The report noted that 34 people were killed by domestic extremists in the United States in 2017, compared with 71 such killings in 2016 and 69 in 2015.  "For each person actually killed by an extremist, many more are wounded or injured in attempted murders and assaults.  Moreover, extremists engage in a wide variety of other crimes related to their causes, from threats and harassment to white-collar crime," the study authors noted.

The report said guns were the most popular weapon of choice by extremists in 2017, followed by automobiles and then by use of stabbing or cutting implements.