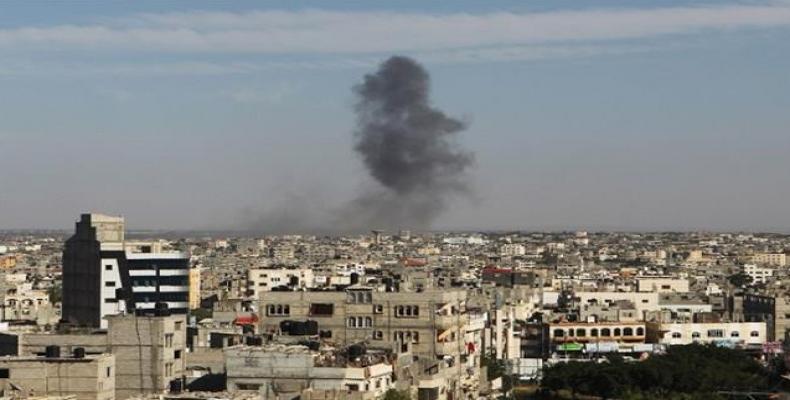 Gaza City, September 15 (RHC)-- Israeli military aircraft have carried out three air strikes against areas in the Gaza Strip in yet another act of aggression across the region.  The first airstrike struck an open area northwest of Beit Lahia city in the early hours of Thursday morning.

The airstrikes came hours after Tel Aviv claimed that a mortar shell fired from the coastal enclave had hit an open terrain in the Eshkol regional council.  The projectile reportedly did not cause any damage.

The Israeli military frequently bombs the Gaza Strip.  Analysts point out that the disproportionate force is always used in violation of international law, and civilians are often killed or injured.  The Tel Aviv regime has now apparently added Syria to its regular aerial targets, attacking the Golan Heights where the Syrian army battles Takfiri terrorists.

On Tuesday, Israeli warplanes targeted Syrian government artillery positions, claiming that mortar shells had been launched from the Golan Heights into the occupied Palestinian territories.