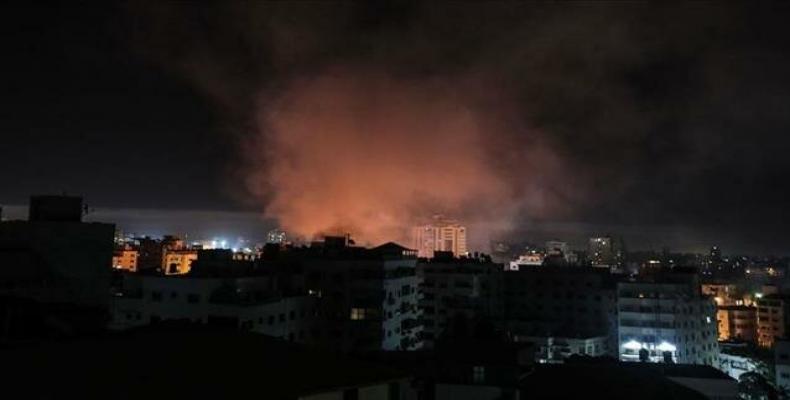 Gaza City, September 11 (RHC)-- Israeli fighter jets have launched new air raids on the besieged Gaza Strip, targeting several positions in Beit Lahia in the northern part of the enclave.  No casualties have been reported yet following the Wednesday attacks, which Israel claims were conducted in response to alleged rocket attacks from the enclave.

On Tuesday night, Israeli Prime Minister Benjamin Netanyahu was forced to flee and seek shelter during a campaign event in the port city of Ashdod after rockets fired from the besieged Gaza Strip threatened the area.

Early on Wednesday, Israeli warplanes had bombarded a Hamas position in Deir al-Balah, located over 14 kilometers south of Gaza City.  The Israeli jets carried out four airstrikes against the site and targeted an abandoned building in the al-Hikr district of the central Gaza Strip city.

The attacks come a few days before snap legislative elections in Israel.  In a campaign promise, Prime Minister Benjamin Netanyahu has vowed to annex the Jordan Valley in the occupied West Bank in case he emerges victorious in the forthcoming votes.