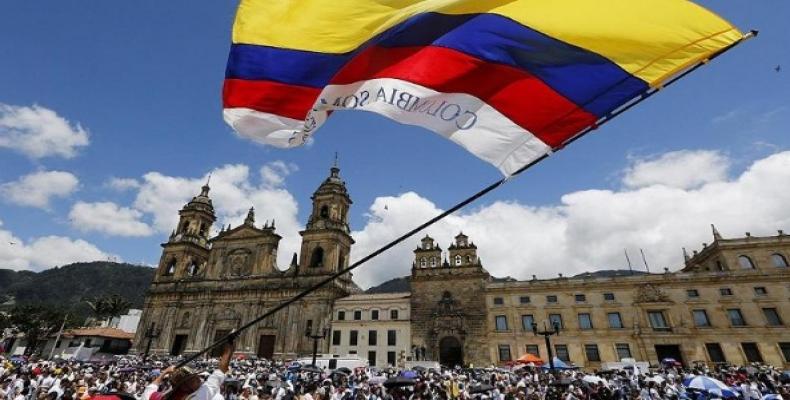 Cartagena de Indias, September 26 (RHC)-- The Government of Colombian President Juan Manuel Santos and the Revolutionary Armed Forces of Colombia (FARC) are slated to sign a peace deal on Monday afternoon, putting an end to over five decades of armed conflict that has left nearly a quarter of a million dead and more than 6 million people displaced, as well as tens of thousands more disappeared or kidnapped since 1958.

The deal, which is widely considered as one of the most significant events in the history of Colombia, is to be signed at 5:00 p.m. (local time) in Cartagena de Indias, on the Caribbean coast, by President Santos and FARC leader Timochenko.

Over a dozen foreign leaders were expected to attend the official ceremony, among them the heads of state of Argentina, Bolivia, Chile, the Dominican Republic, Ecuador, Guatemala, Honduras, Mexico, Panama, Paraguay, and Venezuela.

The 10th National Guerrilla Conference concluded over the weekend in a remote region of the country known as the Yari Plains with 200 representatives of the FARC-EP voting to unanimously approve the peace deal.

Once signed, the text of the pact will later be submitted to a popular vote in a plebiscite to be held on October 2nd. Poll indicate the deal will be approved by a wide margin.