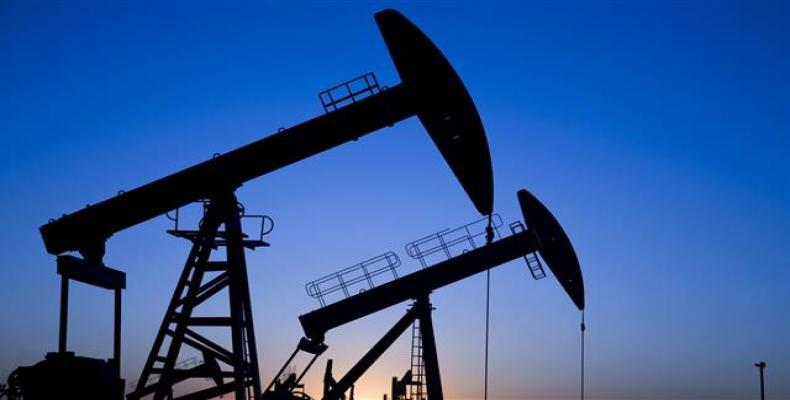 Caracas, October 6 (RHC)-- Venezuelan Oil Minister Eulogio Del Pino says that the Organization of Petroleum Exporting Countries, OPEC, will increase the price of oil by roughly US$10 per-barrel over the next nine months.  During the National Council of Productive Economy in Caracas, Del Pino said that the optimal price that an oil barrel should have is between 60 and 70 dollars, confirming that the government is working to reach that goal.

The oil minister said that such an increase would likely result in hundreds of millions of dollars in extra revenues annually to Venezuela, which produces 2.4 million barrels of oil daily, and is the 10th largest oil-producing country in the world.

Del Pino added that Venezuela and Iran's success in negotiating a deal within OPEC to lower the number of barrels produced per-day is a significant breakthrough that can lead to further price stabilizations.

He pointed out that during a recent phone conversation, Iran's President Hassan Rouhani told his Venezuelan counterpart, Nicolas Maduro, that it was essential for oil producing countries to reduce the current oil glut.

"All countries should help the committee of experts to take decisions in (OPEC's) November summit that raises oil prices," Rouhani said, according to the Islamic Republic News Agency, He added that OPEC countries should also negotiate with non-OPEC members to stabilize the market.

Venezuela last week supported the OPEC decision to reduce its oil output to 32.5 million barrels-per-day from the current production levels of around 33.24 million barrels per day.

Most oil exporters in Latin America were hit hard by the global drop in oil prices in late 2014— a move led by Saudi Arabia in order to control global market— especially Venezuela, which has been facing one of its worst economic crises in decades.  Virtually all of the country's export revenue is derived from the sale of petroleum.