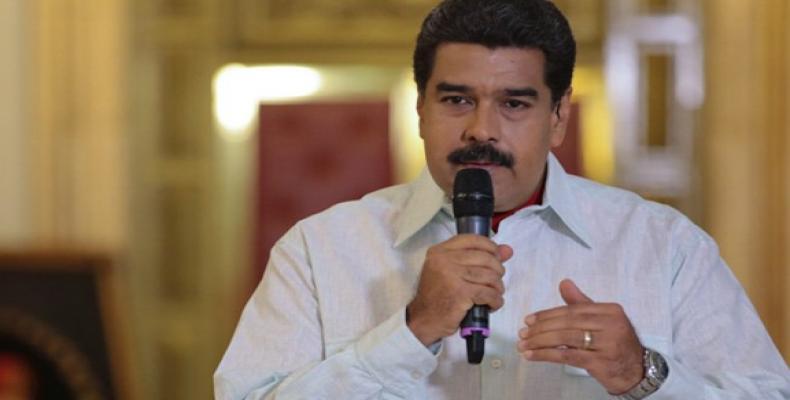 Caracas, August 20 (RHC)-- Venezuelan President Nicolas Maduro confirmed Tuesday that high ranking officials of the South American country have maintained talks for months with representatives of the United States government, with his authorization.

"Of course there are talks and we will continue to have them,” the Venezuelan president said as he called to continue collecting signatures in rejection of the U.S.-imposed blockade, which will be sent with a letter to U.S. President Donald Trump next month.

The confirmation also came from Trump, who told the press Tuesday that his administration is “talking to various representatives of Venezuela,” adding that he “won’t say who, but we are talking at a very high level.”

Maduro, while referring to U.S. threats of a naval blockade in violation of Venezuela's maritime sovereignty, told reporters: "If President Donald Trump someday wants to talk, we are always ready.  Of course, if you attack us, we’ll answer back."

The Latin American head of state went on to say that the talks between the two governments are intended to convey the truth about the Bolivarian Revolution and the South American nation to Trump.  "They sell him a Venezuela of lies and on that basis, they conspire to attack us," Maduro commented in reference to the sanctions and the financial, economic and commercial blockade.