Donald Trump Donors Asking for Money Back Over Lewd Recording 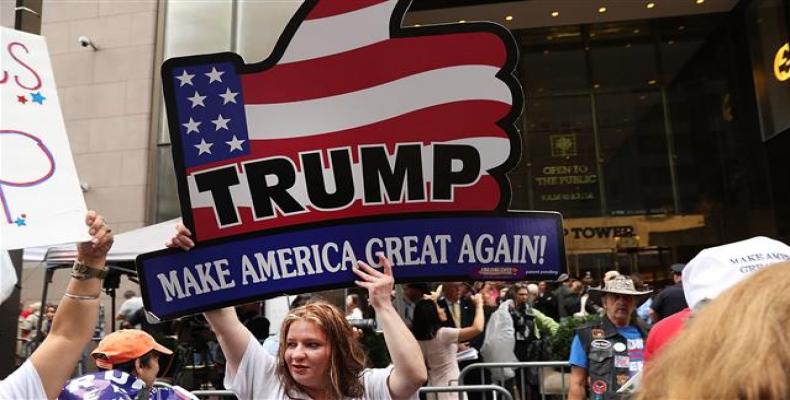 Washington, October 13 (RHC)-- Some of U.S. Republican presidential nominee Donald Trump’s campaign donors have started to feel buyer’s remorse over the candidate’s obscene remarks against women, a new report has revealed.  So far, two major contributors have requested a refund through e-mail, saying they were livid over a 2005 video tape that shows Trump use vulgar language while referring to women.

NBC News reports that one contributor, who identified himself as a “father of two daughters preparing for marriage,” said that he was so upset that he wanted his money refunded.  Another donor calls Trump a “crude sexist man,” before asking for an immediate refund of his donation to his campaign fund.  According to reports, the two have contributed to and raised tens of thousands of dollars for Trump.

The Republican Party was divided over Trump’s candidacy since the day one, but the divisions grew deeper after the lewd video was released over the weekend.  Many senior Republicans such as U.S. House Speaker Paul Ryan and Arizona Senator John McCain withdrew their endorsements from multi-billionaire candidate.

The issue was at the center of attention during the second presidential debate on Sunday, but Trump dismissed the tape as “locker room talk,” and managed to turn the page against his Democratic rival Hillary Clinton by bringing up former president Bill Clinton’s many alleged sexual affairs.

Following the release of the tape, Trump came under immense pressure from both sides of the aisle to drop out of the race.  In his own party, nearly 26 percent of over 300 Republican governors and members of Congress said they will not back the candidate, according to a USA TODAY survey published on Wednesday.

However, a defiant Trump ignored the pressure to drop his bid and went on a Twitter rant on Tuesday to double down on his plans to fight for presidency.