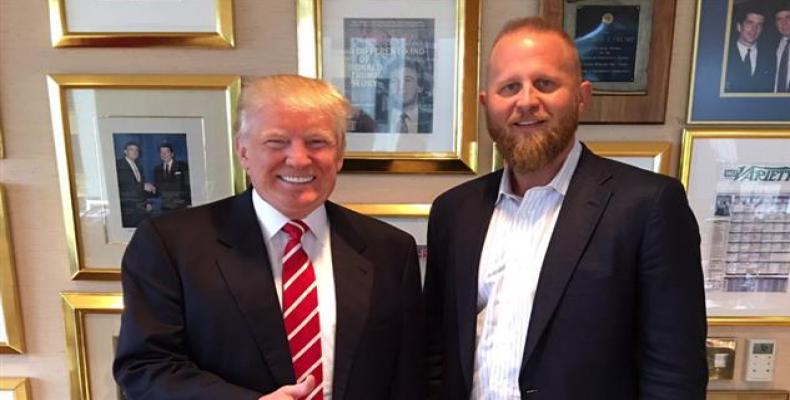 "Brad was essential in bringing a disciplined technology and data-driven approach to how the 2016 campaign was run," said the president’s son-in-law and senior adviser Jared Kushner in a statement. "His leadership and expertise will help build a best-in-class campaign."

Before politics, Parscale had worked for the Trump Organization on digital marketing.  In 2016 he made a name for himself through a controversial effort to depress voter turnout among minorities, with a heavy focus on Facebook and Twitter.

Parscale became the center of questions about possible Trump campaign collusion with Russia, when in late 2016, Washington alleged that Russia had influenced the U.S. presidential election in November that year to help now-incumbent Trump get elected, an allegation that Russia strongly denied.

Trump himself has repeatedly told Americans that the allegations of collusion between his campaign and Russia were not true.  Responding to a request from a Congressional inquiry, Parscale has said that he was “unaware of any Russian involvement in the digital and data operations of the 2016 Trump presidential campaign.”

He said the only collaboration involved working with staff from Facebook, Google and Twitter, the Republican Party and controversial data firm Cambridge Analytica.

Trump's decision to seek election comes as no surprise as less than five hours after being sworn in on January 20, 2017, he filed the paperwork to register a reelection campaign.