Julian Assange to Be Questioned About Rape Claim At Ecuador Embassy 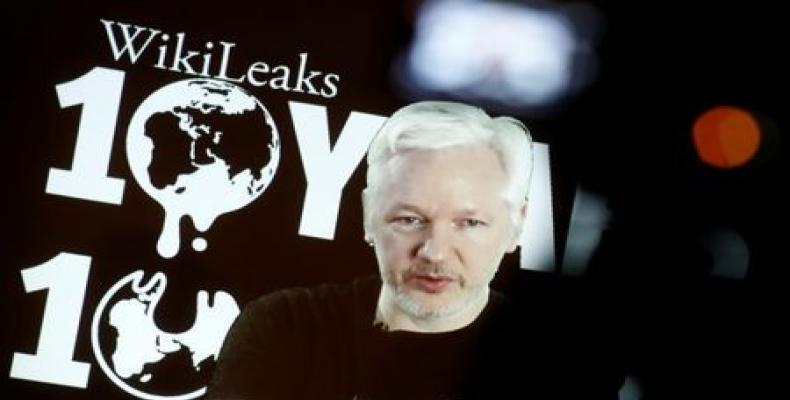 London, November 8 (RHC)-- Wikileaks founder Julian Assange will be questioned next Monday, November 14th, by Swedish officials at London’s Ecuadorian embassy, where he has been hold up since June 2012.

The questioning will be attended by prosecutor Ingrid Isgren as well as a Swedish police inspector, said Sweden’s public prosecutor’s office to AFP.  Assange welcomed the news and sees the interview as a “chance to clear his name,” his lawyer Per Samuelsson told reporters in London.

The Australian citizen sought refuge in the embassy at London’s Knightsbridge to avoid being deported to Sweden for questioning over a 2010 rape allegation and a separate sexual assault investigation which has since been dropped after the five-year statute of limitations expired.  He feared that once in Sweden, he would be extradited to the U.S. over Wikileaks’ release of military files on the wars in Iraq and Afghanistan.

“We have requested this interview repeatedly since 2010,” Samuelsson told AFP.  “Julian Assange has always wanted to tell his version to the Swedish police.  He wants a chance to clear his name and we hope the investigation will be closed then.”