Julian Assange's attorney calls on Australia to step in 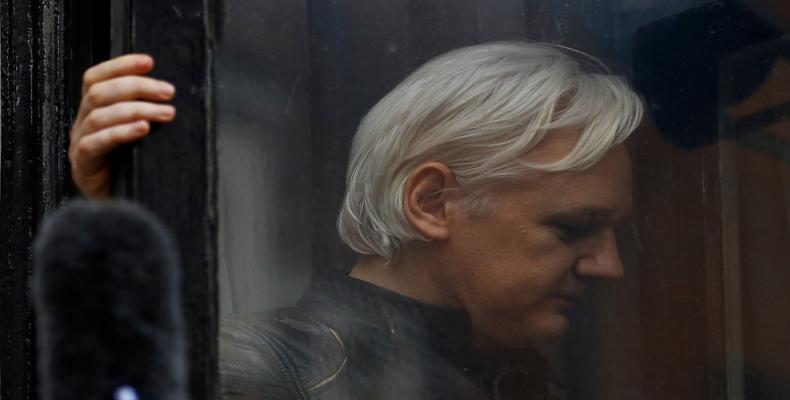 London, August 1 (RHC)-- Julian Burnside, a prominent Australian civil liberties attorney who is part of Julian Assange's legal team, has suggested that the Australian government should intercede to help the founder of WikiLeaks amid growing pressure to remove him from the Ecuadorean embassy in London.

“The main option for Assange is for the Australian government to step in and help him by doing a diplomatic deal with the British, which should not be difficult to do, which would enable him to leave the Ecuadorian Embassy and travel safely back to Australia,” Burnside said.

Ecuador's President Lenin Moreno said that Assange should accept a penalty for breaching UK bail conditions and that the WikiLeaks founder's situation of residing in the Ecuadorean embassy must be resolved, according to Sputnik.  This option represents “a way out that defends his rights, mainly his right to life, and that at the same time can give Ecuador the possibility of not having what undoubtedly represents a problem for our country.”

The question becomes, according to Burnside, “why is Australia so slow to come to the aid of an Australian citizen who's clearly facing difficulty,” while the United States government seems so eager to get their hands on him?  “I can’t assess whether it’s likely or not but what the new president of Ecuador has said is worrying and, of course, it raises the real threat that he’s going to be kicked out” out of the embassy, said Burnside.

In 2016, the UN's Working Group on Arbitrary Detention concluded that Assange had been subject to arbitrary detention inside the Ecuadorean Embassy since December 7, 2010.

Ecuador is reportedly prepared to hand over the WikiLeaks founder to the UK in “coming weeks or even days,” according to reports by RT editor-in-chief Margarita Simonyan as well as The Intercept website.