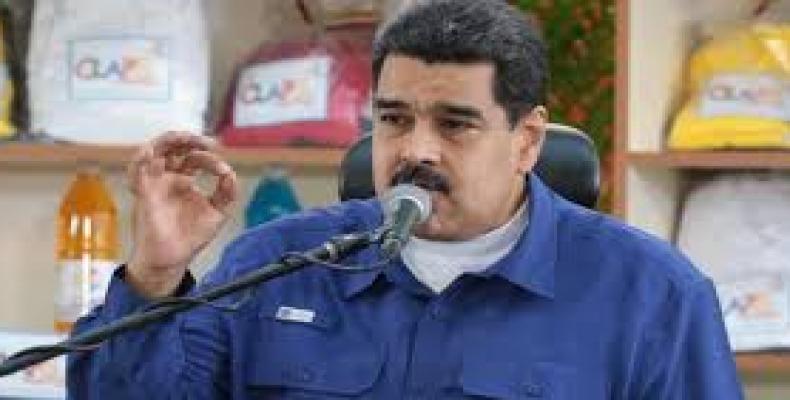 Caracas, December 5 (RHC)-- Venezuelan President Nicolas Maduro has announced the arrest of those responsible for the banking system sabotage that saw the nation's electronic payments system collapse in the country on Friday.

Five employees from Credicar, a company in charge of credit and debit card operations in the country, have already been arrested.  “It was a deliberate action what happened in Credicar, it's confirmed, and those responsible have been detained,” said Maduro.

The Venezuelan president said this was a "planned move to cause collective chaos and burden Venezuelans, as part of a systematic attack against the local economy."  President Maduro said it is now the responsibility of authorities to investigate the sabotage, which lasted throughout Friday morning and afternoon.

This is not the first time the company has been accused of sabotage as the vice-president of technology, Laurentzi Bilbao Rangel, has been questioned before over his involvement in a case that saw financial transactions suspended for 3 hours on August 1, 2015.

According to investigators, Credicar is under investigation for not activating an emergency protocol after the system's failure, which usually takes about an hour to reestablish if it involves more than 200 clients. Prosecutors are also looking into the fact the company has three alternative operation centers which were not activated at the time.

Credica's servers are run by Dayco Host, a company owned by the D’Agostino group, directly related to the current president of the National Assembly and leader of the right-wing opposition, Henry Ramos Allup.

President Maduro denounced the cyber attack on the nation's financial and electronic payment system Friday afternoon, blaming it on the right-wing opposition in the country, who he said were supported by major international actors.

President Maduro branded the attack an act of international aggression against Venezuela, orchestrated to hurt the people in the country.