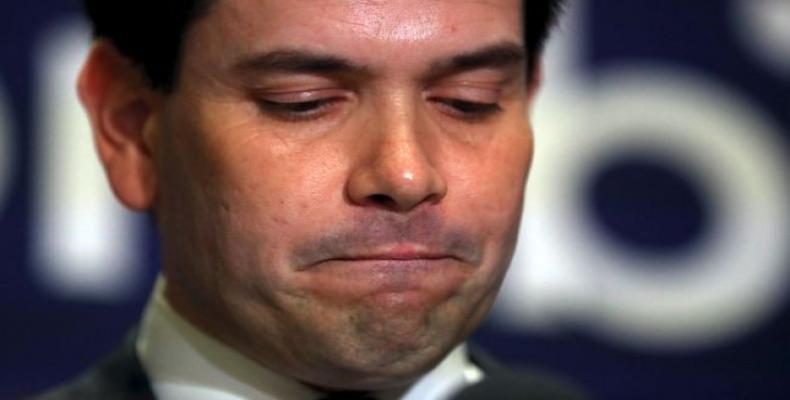 Caracas, March 9 (RHC)-- In Venezuela, Vice President Delcy Rodriguez is blaming the U.S. government for a prolonged power outage that plunged most of the country into darkness Thursday and Friday.  Rodriguez said that anti-government saboteurs backed by Washington took off-line the nation’s main hydroelectric power station at the Guri Dam.

During a news conference in Caracas, the vice president denounced that Venezuela's blackout was caused by far-right groups encouraged by U.S. politicians, among them Florida Republican Senator Marco Rubio, who posted a tweet just three minutes after the blackout began.

"We want to send a message to the international community: just three minutes after the attack, Marco Rubio, once again, as a crime reporter, reported on the event that was happening in our country," Rodriguez said and added: "Mr. Rubio, I want to inform you that, in a few hours, the Venezuelan people and the international community will know the truth.  We'll know that your dirty hands -- supported by your lackeys who permanently attack the Venezuelan people -- are involved in this sabotage attack."

She noted that U.S. Secretary of State Mike Pompeo tried to place the blame for the power outage on Maduro’s government and threatened regime change in a flurry of tweets, one of which read: “No food.  No medicine.  Now, no power.  Next, no Maduro.”   Another tweet posted by Pompeo said that Maduro’s government only has itself to blame for power shortages in Venezuela, noting sarcastically that “Maduro’s policies bring nothing but darkness.”

Meanwhile, President Trump’s special envoy on Venezuela, Elliott Abrams, told a Senate panel in Washington that the Trump administration will soon sanction banks that trade with the Maduro government.  Elliott Abrams said: “We have sanctioned a number of financial institutions already, and we’re going to expand the net.  We have under consideration other institutions -- which I won’t name because we don’t want them to get advance notice -- but there will be more sanctions on financial institutions that are carrying out the orders of the Maduro regime to steal funds from Venezuela and hide it all around the world.”

At the news conference in Caracas, Venezuela's Vice President Delcy Rodriguez announced that President Nicolas Maduro ordered schools and offices be closed on Friday in order to speed up the repairs of the Venezuelan electrical system.