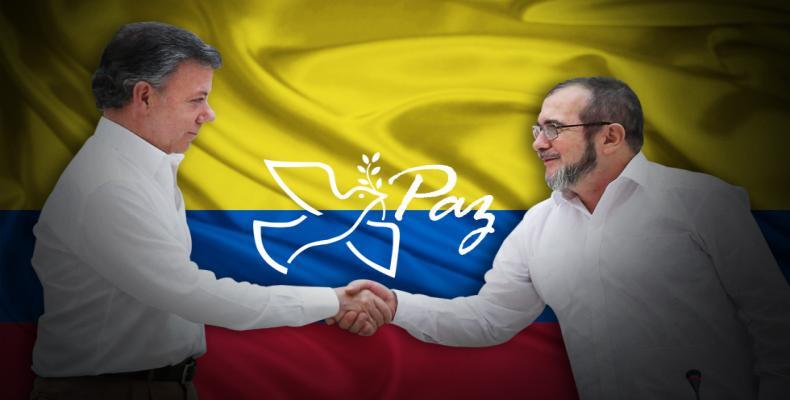 Bogota, December 21 (RHC)-- With a unanimous vote in favor at the committee level, the Colombian Congress has taken a step toward passing a key amnesty bill that will pardon FARC rebels for political crimes, and pave the way for further implementation of the country's historic peace agreement.

The committees passed the bill unanimously on the first day of debate with a vote of 15-0 in the Senate committee and 30-0 in the lower house committee.  Only members of the right-wing Democratic Center party, led by former far-right President Alvaro Uribe, a hardline detractor of the peace talks, were absent from voting.

The move follows the ruling by the Constitutional Court to approve a fast track procedure for Congress to speed up the process of approving bills needed to implement the peace deal between the government of President Juan Manuel Santos and country's largest guerrilla army, the FARC.

The bill seeks to allow rebels to begin demobilizing without the fear of criminal proceedings or assassination attempts.  The process is expected to be done next week with the voting in the plenaries of the Senate and the lower house of Congress.

The amnesty law will pardon troops involved in minor offenses and is part of the deal that brings an end to 52 years of internal armed conflict that has claimed the lives of more than a quarter of a million of people, left 45,000 missing and displaced nearly 7 million.

The United Nations has already released a statement urging the government to ensure the legislation “fully respects international standards regarding human rights."

The urgency for the approval of this bill stems from the fact that it is seen as key in spurring the disarmament process by shielding rebels as they transition back to civilian life with the confidence that the guarantees outlined in the peace deal will be respected.