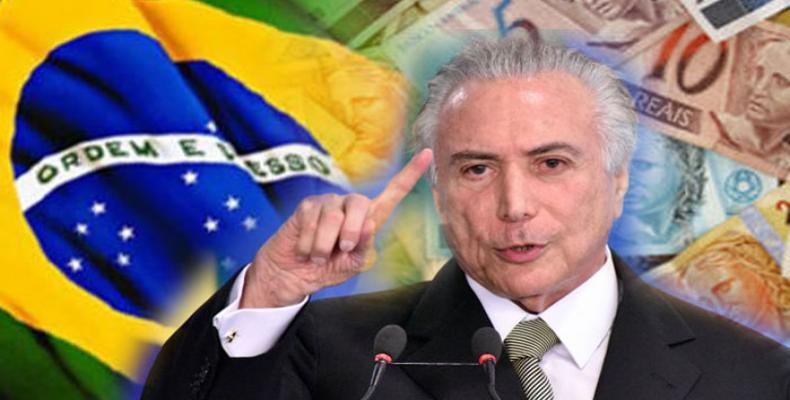 Speaking to the media in Brasilia, Temer said he expects his proposed reforms to pass quickly in Brazil’s Congress in 2017.  He also said that 2017 will be a "new year" in which he believes the country can "overcome" its economic crisis.

The announcement comes just over two weeks after the Congress approved a highly contentious 20-year freeze on public spending in a move that critics say undermines basic constitutional rights and will punish the poor with caps on federal funding for health care, education and other social programs for the next two decades.

Temer’s government, installed in August with the impeachment of former President Dilma Rousseff in a move widely condemned as a parliamentary coup, has also pushed for raising the minimum retirement age to 65 and slashing benefits.

Government officials have attempted to paint Temer’s neo-liberal austerity agenda as a bid to combat the country’s economic woes, arguing that massive cuts are necessary to keep institutions from collapsing.  But critics warn that the reforms work to shift the burden of the recession to be carried by poor and working class Brazilians.

Social movements and labor unions have voiced fierce opposition to Temer’s plans for Brazil’s economy and cornerstone social programs, repeatedly taking to the streets by the tens of thousands to reject his government and its policies.

A recent poll by Brazil’s Datafolha found that 63 percent of Brazilians believe that Temer should resign before the end of the year to trigger fresh elections to select a new head of state ahead of the scheduled 2018 presidential race.