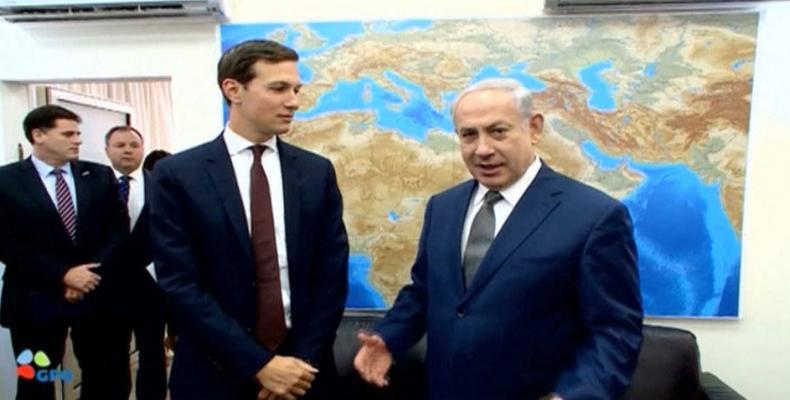 New York, January 11 (RHC)-- The New York Times reports Jared Kushner’s family real estate empire received a $30 million investment from one of Israel’s largest financial institutions, only days before Jared Kushner traveled to Israel with President Trump in May on their first diplomatic trip there.

Jared Kushner is both President Trump’s son-in-law and senior adviser, and he’s been tasked with brokering peace between the Israelis and Palestinians.  Despite this White House role, Kushner continues to retain stakes in his family’s real estate empire, including in the apartment buildings that received part of the $30 million investment from the Israeli firm Menora Mivtachim.