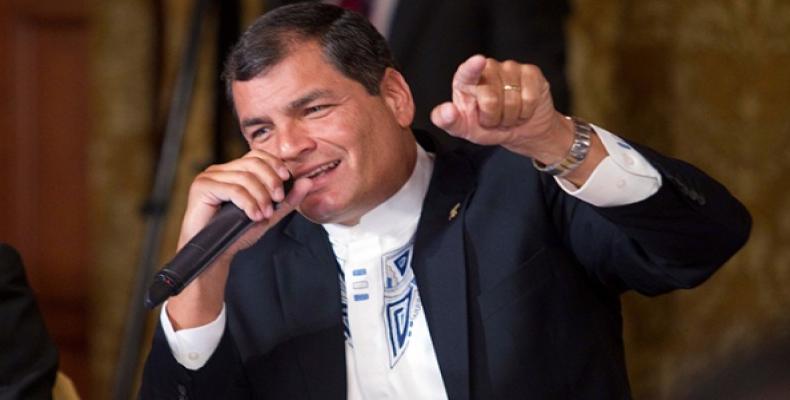 Madrid, February 1 (RHC)-- Ecuadorean President Rafael Correa said that Latin America needs to respond with a strong front and united speech against the anti-immigration measures of U.S. President Donald Trump.  Correa added that there needs to be "a regional stand to defend the main type of mobility, which is human mobility, the defense of human rights, reminding the United States that they have been a country of migrants."

In an interview with Spain's Cadena Ser, the Ecuadorean president said that the region is "still missing a consolidated and head-on speech to respond to policies" created by Trump.  Rafael Correa is in the midst of his last international tour before ending his presidential term in May.  Ecuadoreans will choose a new president on February 19th, as well as members of the National Assembly.

Correa's former vice president, Lenin Moreno, is leading the presidential race with more than 40 percent of the votes, according to recent polls.  "It is impressive what is happening, there will be hard times ahead," said Correa, referring to Trump's policies since his arrival in the White House, including the ban on travelers from seven Muslim-majority countries and the construction of a border wall with Mexico.

Correa said that “there are also opportunities" in the recent protests against Trump's decrees in the U.S. that "haven’t been seen since the Vietnam War or the civil rights struggle."

Correa signed Saturday a Human Mobility Law that guarantees the rights of migrants and ensures that nobody will be dubbed or treated as "illegal" based solely on their immigration status.

According to the government, there are currently about 200,000 Ecuadoreans who are in an irregular situation in the United States.