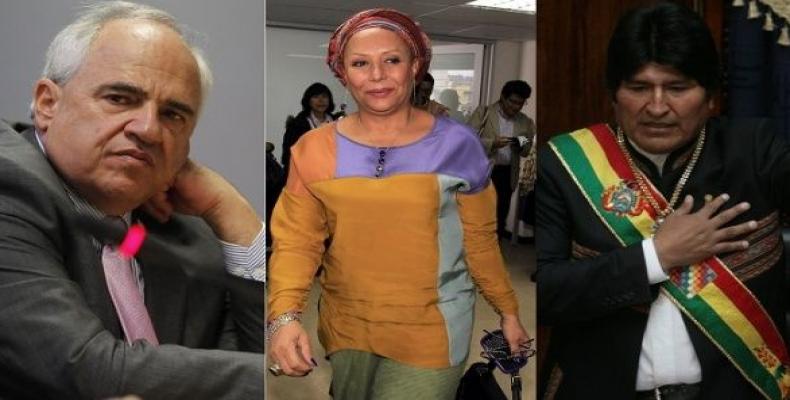 Quito, July 5 (RHC)-- Social and political leaders from across Latin America have expressed their support for Ecuador’s former president after Ecuadorean Judge Daniella Camacho ordered his arrest, and the country's government requested Interpol issue a red notice for Correa’s capture.

The General Attorney's office is accusing the former president, who led a popular progressive political movement called the 'Citizens' Revolution' for a decade, of "illicit association" and the kidnapping of opposition lawmaker Fernando Balda in 2012.

There is no ruling in the case, which is still in the investigation stage, but a national court has now ordered Correa’s preventive imprisonment while the investigation into the failed kidnapping continued.  For Correa supporters, the judge’s order is part of a campaign of political persecution against progressive leaders in Latin America.  On Wednesday, supporters in Quito and Guayaquil gathered to show their solidarity, others have planned a march to show their objections to the proceedings.

According to Daniella Camacho, the judge presiding over the case, the order was given because Correa failed to comply with a June 18 ruling that called for Correa, who is currently residing in Belgium with his wife and children, to appear before the court in Quito every 15 days instead of appearing before the Ecuadorean consulate in Brussels -- a measure that Correa protested.

Solidarity with the former president was expressed by Bolivia’s President Evo Morales, who said via Twitter: “We reject the request for preventive prison against brother @MashiRafael by Ecuador’s Attorney General’s Office.  We denounce the politicization of Ecuadorean justice and U.S. interference in the intention to imprison an innocent man. We are with you brother Correa.  We will triumph!”

“The judicialization of politics begins to destroy the progressive leaders in Latin America.  First, it was @LulaOficial, who is the most important political prisoner in the region.  Now it's @MashiRafael. That’s called foul play.”  Samper was also secretary general of the Union of South American Nations (UNASUR), the only regional integration body with no United States presence, which has been targeted by U.S. allies in the region since mid-April.

Venezuelan President Nicolás Maduro echoed Samper's comments in a Tweet saying: "First Cristina.  Then Lula.  Now Rafael Correa.  Stop the persecution against the real leaders of our America.  The Bolivarian Revolution sympathizes with the people of Ecuador and @MashiRafael."

Argentinean social leader Milagro Sala recorded a video in solidarity with Rafael Correa and Lula.  “The right wing is afraid of progressives governing again… We will not stop fighting for those who have the least.”

Colombian Human rights advocate and former presidential candidate Piedad Cordoba defended Correa.  “There is no proof against Rafael Correa; it is obvious that there are people interested in removing him from political life.  @MashiRafael was a promoter of peace in Colombia and forger of social justice in Ecuador.  Today there is a plot to persecute him.  I call on all Colombian democrats to defend him.”

Correa has rejected the order and has stated his belief that the case won't stand under international scrutiny.

"There is no risk.  A country like Belgium where I reside, with the rule of law, an independent justice system will never allow such a barbarity... Don't worry about me, worry about the homeland.  What's happening is atrocious," Correa said in an interview with RT.