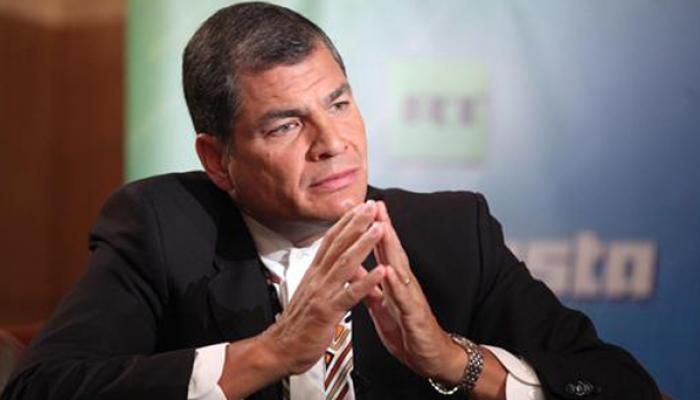 Caracas, September 19 (RHC)-- Ecuadorian President Rafael Correa warned about the existence of a new Operation Condor, as the repressive action of Latin America’s military dictatorships in the 1970s and ’80s was called, this time against the “progressive governments” of the region.

“This is a new Operation Condor... today its targets are the progressive governments of the region,” Correa said during his speech to the heads of state and government at the Non Aligned Movement (NAM) Summit on Venezuela’s Margarita Island.

He said that this operation is aided by the “North,” in reference to the U.S. government, which he accused of interfering in the internal affairs of countries like Ecuador, Bolivia and Venezuela.

Correa said the conspiracies against leftist governments in Latin America use methods like "media bombardment, legislative coups d’etat, economic harassment, and the defamation of democratically elected leaders.” In that respect, he pledged solidarity with Venezuelan President Nicolas Maduro, who, he said, faces “every attempt at foreign interference and destabilization,” for which he asked the NAM to give its total support to the host country’s government.

Correa also sent a “hug of solidarity” to Dilma Rousseff, impeached from the Brazilian presidency, “the victim of a legislative coup d’etat by the most reactionary and corrupt sectors.”

He also slammed the legal action taken in their countries against former Presidents Cristina Kirchner of Argentina and Luiz Inacio Lula Da Silva of Brazil, measures that he called a form of “criminalizing” politics.

The Ecuadorian president noted before the representatives of Non-Aligned nations the importance of fighting against the tax havens and capital flight that he called “the extreme expression of faceless, irresponsible, non-transparent capitalism.”

He said that since this fight cannot be won by individual countries in isolation, he urged “global action against this kind of savage capitalism” and announced that Ecuador will include this matter on the agenda of the next session of the UN General Assembly.