Assange Calls on Sweden, UK to Abide by UN Ruling to Free Him 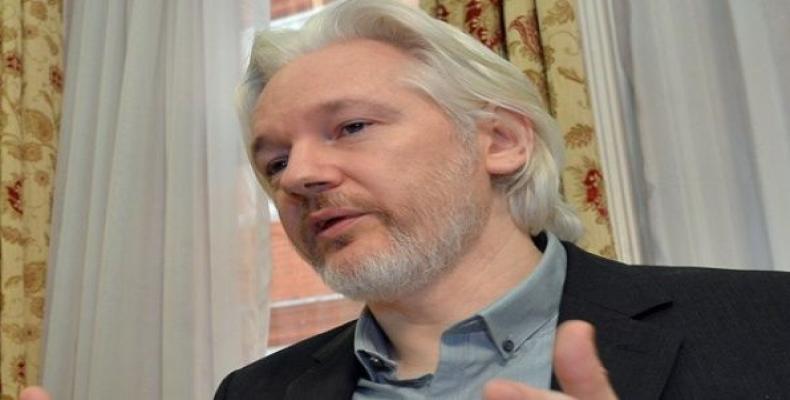 London, February 7 (RHC)-- Marking the one year anniversary of the U.N.’s ruling that he was arbitrarily detained and must be freed, the founder of the whistleblowing website WikiLeaks Julian Assange called on Sweden and the United Kingdom to abide by the decision, arguing that their refusal to do so is setting a precedent for other nations to do the same.

"I call on U.K. and Sweden to do the right thing and restore my liberty.  These two states signed treaties to recognize the U.N. and its human rights mechanisms,” Assange said in a press release sent by his legal team.  “Their governments accepted the jurisdiction of the UNWGAD in my case -- the world's peak legal body for cases of arbitrary detention.  At no time in the 16 month process did they withdraw.  They lost, appealed and lost again.”

The whistleblower sought refuge in Ecuador’s embassy in London in June 2012, fleeing allegations of rape and sexual assault in Sweden dating back to 2010.  Assange firmly denies the charges.

The Australian national claims he refused to travel to Sweden for questioning because he feared extradition to the U.S. over WikiLeaks’ release of 500,000 secret military files on the wars in Afghanistan and Iraq.

The Swedish authorities agreed last year to question him inside the Ecuadorean embassy in London. The questioning with Swedish prosecutors took place in November which could potentially end the long diplomatic deadlock.

Assange further argued that Sweden and the U.K.’s refusal to abide by the U.N. demand is being used by other countries to justify abuse.  "Already their breach has been used to justify human rights abuses from Sri Lanka to the UAE," he argued.

“This refusal to respect the umpire's decision comes at a terrible cost: other states can now illegally detain Swedish and U.K. citizens with effective impunity and the U.N human rights system more broadly is imperiled.”

Assange's comments come a few weeks after Chelsea Manning, the ex-U.S. soldier who gave WikiLeaks thousands of documents about Washington’s abuses in Afghanistan and Iraq, was granted clemency by former President Barack Obama.