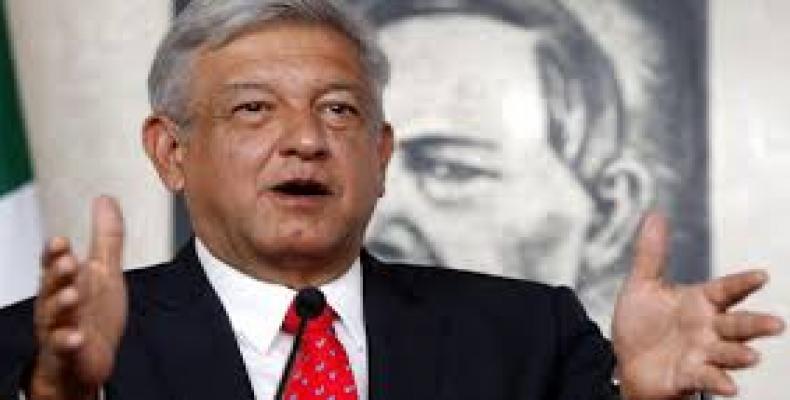 Lopez Obrador has been an outspoken critic of U.S. President Donald Trump’s anti-immigration policies and proposals -- which include promises of millions of deportations and plans to build a massive wall along the border with Mexico -- and has vowed to raise awareness in Mexico and the U.S. about the state of immigrants’ rights under Trump and the harrowing realities underlying migration.

The politician has also called for Mexican President Enrique Peña Nieto to file a complaint with the United Nations against the United States for violating human rights, particularly the rights of immigrants, Mexico's La Jornada reported.

“Trump is inhumane and harms human rights,” Lopez Obrador said last month after announcing the U.S. tour, which he also said would be part of a growing movement against xenophobia.

Lopez Obrador, known in Mexico by his initials AMLO, launched his campaign in November for the 2018 elections in his third run for president -- this time as a candidate for his left-wing Morena party and with a brand new platform focused on tackling inequality and corruption.

The well-known politician already ran for president with the Party of the Democratic Revolution, also known as the PRD, in 2006 against Felipe Calderon and again in 2012 against current President Enrique Peña Nieto, both of the Institutional Revolutionary Party, or PRI.  Both elections were mired in controversy and hotly contested.

His 50-point platform with Morena -- formed after Lopez Obrador withdrew from the PRD in the wake of 2012 election -- includes plans to overhaul Mexico’s relationship with the United States.

The politician has also promised to increase the minimum wage and pensions, slash salaries for top elected officials, guarantee jobs and schooling for over 2.5 million youth, revamp the national strategy to tackle violence and undo controversial structural reforms, among other proposals.

Lopez Obrador’s U.S. tour will include visits to Los Angeles, Chicago, El Paso, Phoenix, Laredo, San Francisco and New York.  His Morena party also reported has an arsenal of 100 lawyers and translators set to provide services in border cities for Mexican immigrants in need of legal support.  Trump’s anti-immigration promises, paired with a wave of raids carried out by Immigration and Customs Enforcement authorities, have sparked widespread anxiety among immigrant communities.

Mexico already organized late last year a hotline service through its consulates in the United States in preparation for Trump’s presidency.  The service is for millions of Mexican citizens living undocumented north of the border to call if they are in need of consular support or information about their rights.

President Barack Obama earned the damning nickname “Deporter in Chief” for kicking out of the country more than 2.5 million undocumented people during his two terms in office.  Fear of even more deportations has sharply escalated since Trump’s election.