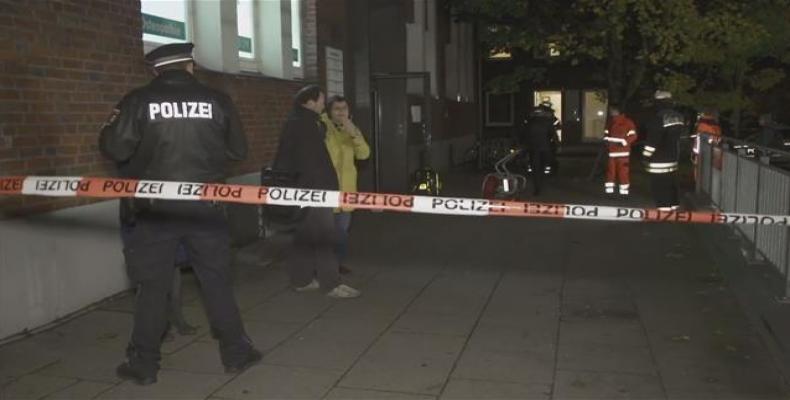 Hamburg, November 3 (RHC)-- A language school for refugees in the German city of Hamburg has come under an "irritant gas" attack, leaving at least five people injured.  Emergency services in the northern German city of Hamburg were called in Wednesday afternoon, with reports of people suffering from eye and respiratory irritation.

Police said the gas had been spread on the fourth and the fifth floor of the language school, adding that officers could only enter the site after wearing protective masks.  The injured were being treated in a nearby health center.  German police have launched an investigation into the type of gas used as well as those responsible for the attack.

According to a recent police report, there have been over 700 cases of attacks against refugee accommodation centers in Germany so far this year, ranging from swastikas spray-painted outside the doors of the sites to arson and other forms of property damage.   In 2015, there were a total of 1,047 attacks on planned and completed refugee shelters across Germany.

Germany, one of the most popular destinations for refugees, opened its borders to refugees last summer in a welcoming mood, but it gradually shifted away from that policy.  The country registered about 1.1 million refugees in 2015.

Germany has recently seen the rise of far-right groups opposing the entry of refugees, most of whom are fleeing conflict zones in Africa and the Middle East, particularly Syria.  Many blame major European powers for the unprecedented exodus, saying their policies have led to a surge in terrorism and war in the violence-hit regions, forcing more people out of their countries.