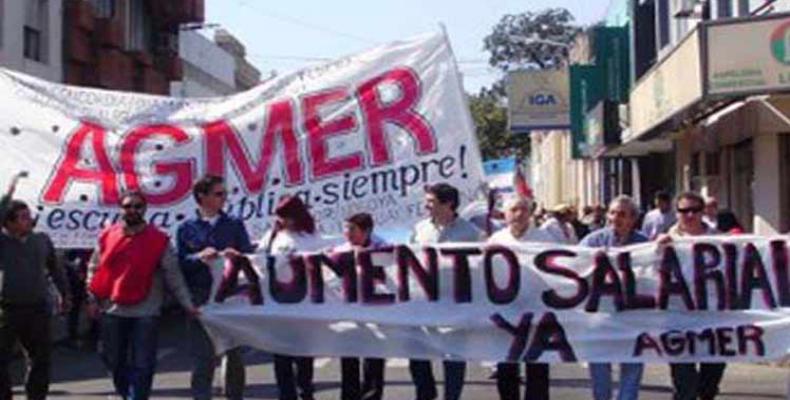 Buenos Aires, March 6 (RHC)-- Argentinean teachers kicked off a 48-hour national strike Monday that postponed the scheduled beginning of the classes in the country in order to demand better working conditions and salary increases, an issue that has been a constant point of tension and cause for confrontation with President Mauricio Macri's government.

Public and private unions have joined the march, which began at 10:00 a.m. local time in Buenos Aires, departing from Congress en route to the Ministry of Education. Several provinces have organized other strikes since January.

The Confederation of Education Workers of the Argentinean Republic and the Argentinean Union of Private Teachers announced that despite the attempts at dialogues with local governments, they have not been able to reach agreements with the authorities.

The main point of contention is that the Macri government handed decision-making authority on minimum wage policies for teachers over to provincial governments. Teachers, on the other hand, advocate for salary negotiation at a national level.

The teachers have asked for a 35 percent wage increase to compensate for the high inflation rate, which in 2016 reached more than 40 percent in the country.