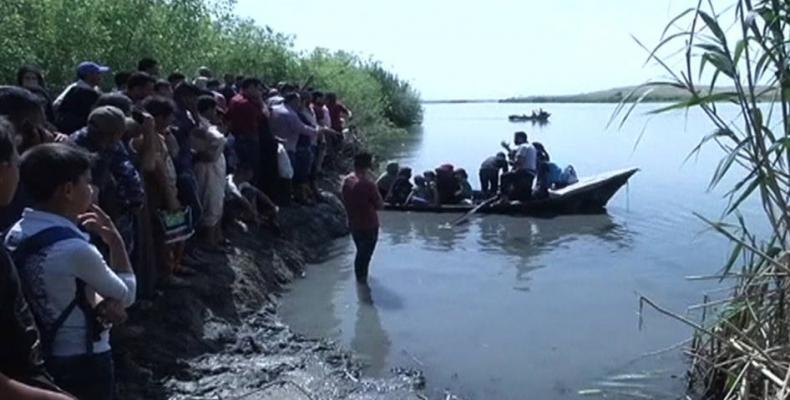 Mosul, May 5 (RHC)-- In Mosul, Iraq, a handful of civilians used small wooden boats to cross the Tigris River, as heavy floods made bridges between the two halves of the war-torn city impassible.

Civilians complained of being trapped between ISIS and U.S.-backed forces fighting for control of the city.  About 400,000 people are trapped in western Mosul, while hundreds of thousands more have fled to squalid camps for the internally displaced.