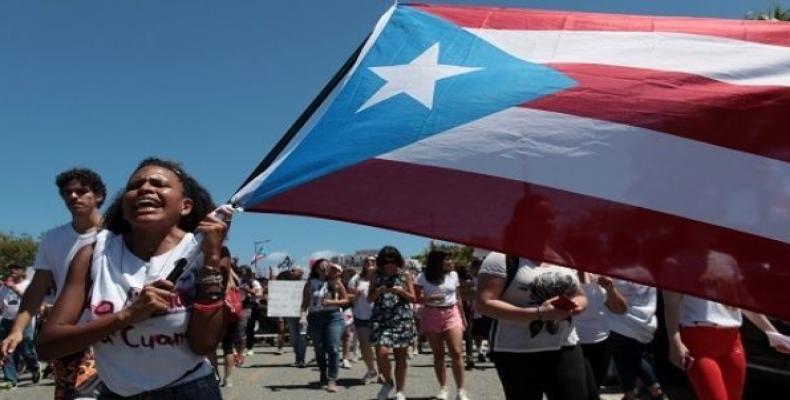 San Juan, May 11 (RHC)-- Members of the student movement negotiating committee at the Río Piedras Campus at the University of Puerto Rico, UPR, has proposed legislation that would help cover the institution's budget cuts.

During a press conference, the student members of the negotiating committee stated their proposed measures could help raise $500 million that the Fiscal Supervision Board has asked the UPR to cut.  The measure would seek to impose "taxes on idle property, real estate, and luxury property."

Michael Rosa, a student activist, explained that this is an 11.5 percent tax on residences with an appraised value of over US$1 million.  "The structure of these taxes does not affect Puerto Rican workers," Rosa said.  "Residences of $1 million and above are not typically bought by Puerto Ricans.  They are bought by the people from the outside."

The UPR is the island's main public post-secondary education system and has a total of 11 campuses and 70,000 students. Amid the ongoing fiscal crisis in Puerto Rico that recently sought to restructure the island’s debt, the UPR has already shrunk its budget over the course of past three years by way of $348 million in cuts.

Mariana del Alba, a member of the negotiating committee, said: "The government and the Junta have dedicated themselves to presenting the same proposals that have brought us here: austerity measures, cuts and increases in taxes for people."

As part of the proposal, the group also seeks to eliminate Law 20 and 22 that provide tax exemptions to foreign investors. Another part of the proposal wants the Department of Education to design training contracts, tutorials and consultancies for the UPR.

The committee comprising of university students is expected to meet several legislators with their proposals.  Gabriel Diaz, a member of the negotiating committee, said: "The government and the junta continue to impoverish working people, closing their schools and precarious working conditions with wages that do not reach the end of the month while giving more privileges to those who have more. There are alternatives, we have to flood the streets until this begins to change."

The students claimed that collections could even exceed US$500 million, which would be sent to the UPR through the country's government regulated revenue system, Centro de Recaudación de Ingresos Municipales, CRIM.

UPR has received a court order to reopen its doors and the suggested measures are a part of the ongoing meditation over the austerity move.