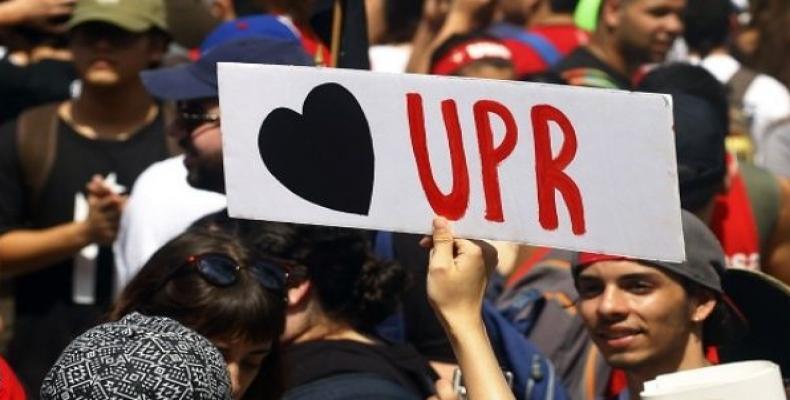 After 69 days of protests shutting down the University of Puerto Rico, students have voted to end the strike and return to classes as the movement is set to continue "evolving the struggle" to protect public education in the face of austerity measures.  With 2,209 votes in favor and 82 against, the students of Puerto Rico’s largest public university voted to return to classes as the semester comes to a close.

Beginning at one of the province’s largest and most respected campuses, the strike quickly spread to schools across the island. Now, only the Humacao campus continues the strike, leaving the doors to their university firmly locked.

"We are going to continue with a very rigorous agenda, a schedule of activities, a day of struggle, resistance and protest because we understand that the country demands and deserves it," Maria de Lourdes Vaello, spokeswoman for the Student Movement, told the press. "So, as soon as we open the gates, we will try to continue with the same energy and with the same impetus in which we have carried out this process."

In the wake of the strike, the Rio Piedras campus, the epicenter of the strike, will be subject to a detailed settlement process to return access federal funds that were frozen by the strike.

In February, after being threatened by the state with prison if they continued the strike, university heads chose to resign rather than open the schools. Courts first ordered the reopening of schools on May 11 followed by nearly $30,000 in penalties to protesters. According to an official report, 63 students will not receive the remainder of their student loans and 20 have been refused the rest of their Pell Scholarships.

“We’re actually about right where we started, It’s quite sad, really,” said law student Gilberto Dominguez, member of the UPR Governing Board. Strike organizers say they plan to continue their fight, now deferring to different strategies and “evolving the struggle.”

In a controversial effort to manage the island's crippling debt load, Puerto Rican officials proposed an austerity budget slashing government funding to universities by over 50 percent.  Members of the federal fiscal control board — set up by U.S. Congress, where Puerto Rico doesn't have a vote — had issued the proposal to reduce the current $833.9 million funding to $450 million within the next five years.

Plans to initiate the budget cuts could begin as soon as next year, presenting a problem for universities whose enrollment numbers have decreased and whose alumni donations are few and far between.

“The public university’s budget as we know it up until now is going to be drastically transformed,” said Ana Matanzo Vicens, professor at UPR School of Law.  However meetings are already scheduled with the university’s administrators to manage the issue and reorganize the school’s budget.

Puerto Rico faces a staggering $123 billion debt in bonds and pensions it owes.  According to a study by the ReFund America Project, a big chunk of the island's debt is illegitimate.  Anti-austerity movements and activists argue the illegitimate portion of the debt should be canceled.