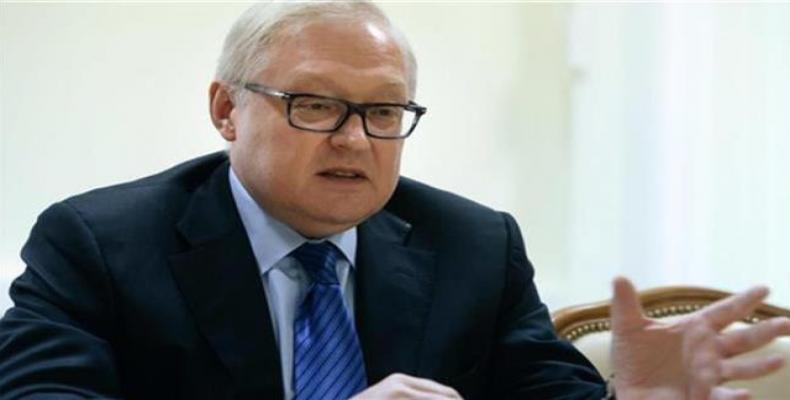 Ryabkov, in a statement posted on the site of Russia's Foreign Ministry on Wednesday, accused the United States of failing to propose anything tangible to improve relations.  "Previous multiple waves of American sanctions haven't achieved the result which their initiators had hoped for. Any new attempts to make Russia 'bow down' will be just as futile," the Russian official stated.

The statement also said the move "is a continuation of the trend set by the Obama administration aimed at ruining relations between our countries." It referred to the administration of former US President Barack Obama.

The sanctions seriously undermine Washington's assertions that it wants dialogue with Moscow, the statement said.  The Russian diplomat was meant to be meeting Shannon in St. Petersburg on Friday to discuss "problems in bilateral ties."

Ryabkov has also called the new sanctions a "political gift" to Ukrainian President Petro Poroshenko, who was on a visit to the United States on Tuesday.

Washington recently added 38 individuals and organizations to its list of those sanctioned over alleged Russian activities in Ukraine.  Russian President Vladimir Putin also recently warned that the new sanctions by the Senate against Russia will complicate relations between the two countries.