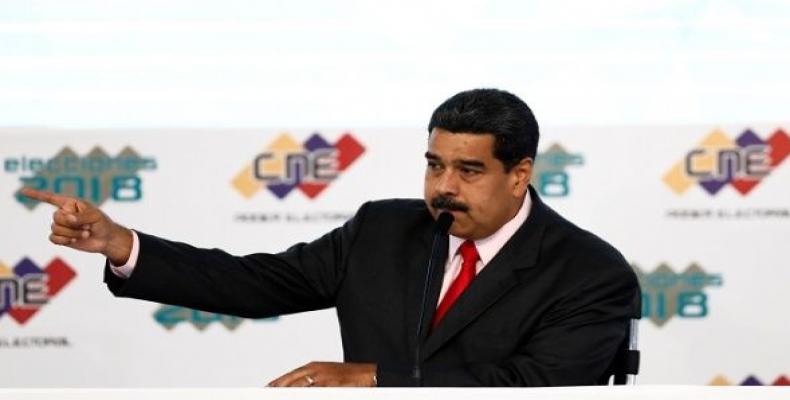 Caracas, May 23 (RHC)-- President Nicolas Maduro said U.S. chargé d’affaires Todd Robinson and head of political affairs Brian Naranjo have 48 hours to leave the Venezuela, measures designed to defend Venezuela's sovereignty and in rejection of Washington's interventionist policies against the country and its people.

"I have declared him persona non grata and I announce the exit of the U.S. chargé d'affaires in 48 hours," Maduro said of Todd Robinson during the official proclamation of his re-election.  Maduro announced the measures in a speech after receiving credentials from the country’s National Electoral Council confirming his new presidential mandate following his victory in Sunday’s election.

Nicolas Maduro said that Venezuela faces unconventional forms of war that seek to colonize it again and destroy its democracy but nevertheless the country and its people have prevailed.  “A miracle brings us here.  How many obstacles we have overcome.  The maker of the miracle is the people of Venezuela, with their strength,” Maduro told the crowd at the CNE.  “Venezuela is capable of overcoming any challenge, and has the democratic and institutional maturity and strength of conscience.”