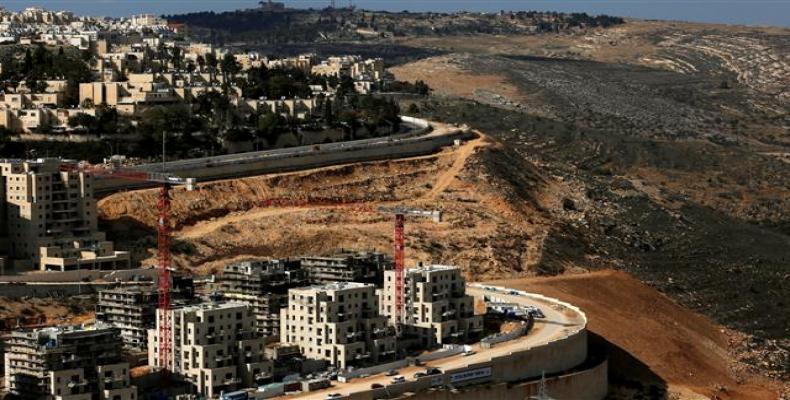 Amman, July 18 (RHC)-- A United Nations expert panel has slammed Israel for the expansion of settlements on occupied Palestinian territory, the practice of administrative detention, and other serious abuses against Palestinians.

The UN Special Committee to Investigate Israeli Practices Affecting the Human Rights of the Palestinian People and Other Arabs of the Occupied Territories said in a news release that it “clearly observed that Israeli authorities continue with policies and practices that negatively impact the human rights situation in the Occupied Palestinian Territory.”

The panel cited testimonies from rights groups, UN representatives, and Palestinian officials in its annual evaluation.  The panel said: “The Committee heard troubling testimony regarding the arrest and detention of children, including cases of reported ill-treatment and lack of adequate protection."

During their fact-finding visit to Jordan’s capital of Amman, UN experts also heard other testimonies describing the continued use of administrative detention, which is a policy under which Palestinian inmates are kept in Israeli detention centers without trial or charge, as well as the “difficult conditions” of Palestinians in Israeli jails.

The report also found that the Israeli settlements and the wall separating parts of the West Bank from the rest of the occupied Palestinian territory negatively affect the Palestinians’ rights by restricting their freedom of movement.

“Israeli settlement expansion had continued in the West Bank, including East Jerusalem, as well as the Syrian Golan, with a notably high level of new construction announced this year, in violation of international humanitarian law,” the committee reported.

Over half a million Israelis live in more than 230 illegal settlements built in the occupied Palestinian territories since 1967.  The presence and continued expansion of Israeli settlements in occupied Palestine has created a major obstacle to efforts to establish peace in the Middle East.

The UN panel also heard testimonies of “excessive use of force” by Israeli troops and the “lack of accountability” by Tel Aviv which “further exacerbated the cycle of violence.”

The occupied lands have witnessed tensions ever since Israeli forces imposed restrictions on the entry of Palestinian worshipers into al-Aqsa Mosque compound some two years ago.

The Tel Aviv regime has been trying to change the demographic makeup of Jerusalem by constructing settlements, destroying historical sites, and expelling the local Palestinian population.

More than 300 Palestinians have lost their lives at the hands of Israeli forces since October 2015, when tensions intensified.  Tel Aviv has come under fire for using violence against Palestinians and adopting a policy of shoot-to-kill.

The panel also said, “The use of punitive demolitions in the West Bank including East Jerusalem was described as a form of collective punishment” by the rights groups.

The committee will submit a full report to the UN General Assembly in November this year.