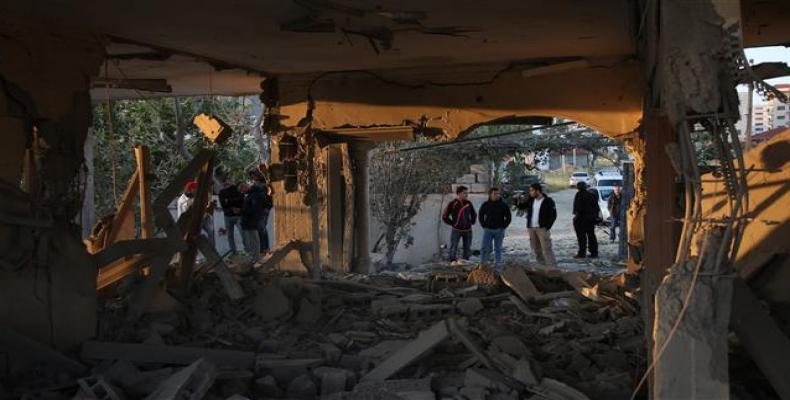 United Nations, July 12 (RHC)-- The United Nations Office for the Coordination of Humanitarian Affairs (OCHA) says Israeli authorities demolished 197 Palestinian structures in West Bank during the first half of 2018 as the Tel Aviv regime presses ahead with its land expropriation policies in the occupied territories.

The world body, in a statement released on Wednesday, announced that eight homes, 10 livelihood-related structures and four retaining walls or fences were destroyed last month.  It added that Israeli military force and the so-called administrative control department demolished a structure in an area of the southern West Bank city of Hebron, located 30 kilometers (19 miles) south of Jerusalem, in June.  Additionally, a residential apartment was demolished on punitive grounds in Eastern Barta'a town, displacing a family of three.

The occupied territories have witnessed new tensions ever since US President Donald Trump on December 6, 2017 announced Washington's recognition of Jerusalem as Israel’s “capital” and said the U.S. would move its embassy to the city.  The dramatic decision triggered demonstrations in the occupied Palestinian territories and elsewhere in the world.