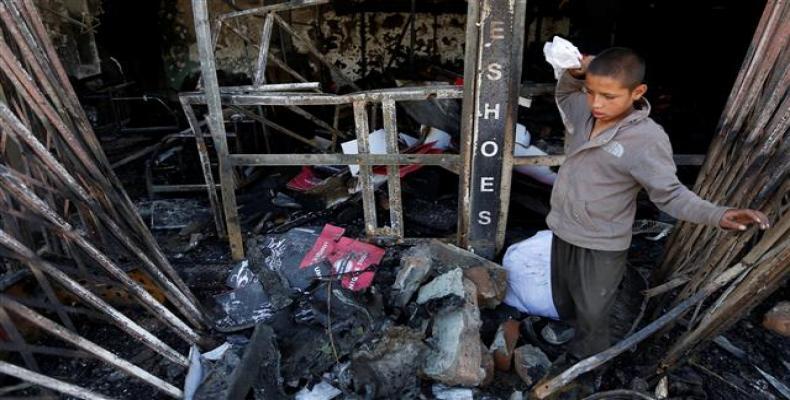 Kabul, July 24 (RHC)-- At least 35 people have been killed when heavily-armed Taliban militants launched a deadly attack on a hospital in Afghanistan’s central Ghor province.

"When the Taliban entered the hospital they killed 35, all civilians,"  Shah Hussain Murtazawi, a presidential spokesman confirmed on Monday, without specifying if they were patients or staff.  He added: "This is a cruel crime against humanity."

Local media reported late Sunday that Taliban militants had set the local hospital on fire and killed those inside without giving any casualty figures.

Taliban militants have intensified a campaign of killing Afghan security personnel and civilians across various regions of the war-ravaged country in recent weeks.

In April, the group announced the start of its annual spring offensive against Afghan security forces and U.S.-led foreign troops.  Insecurity has gripped Afghanistan since 2001, when the United States and its allies invaded the country as part of Washington’s so-called war on terror.

Many parts of the country remain plagued by militancy despite the presence of foreign troops.  Over the past 16 years, the Taliban militants have been conducting terrorist attacks across the country, killing and displacing civilians.  In addition, the Daesh Takfiri terrorist group, which is mainly active in Syria and Iraq, has managed to take recruits from Afghan Taliban defectors.