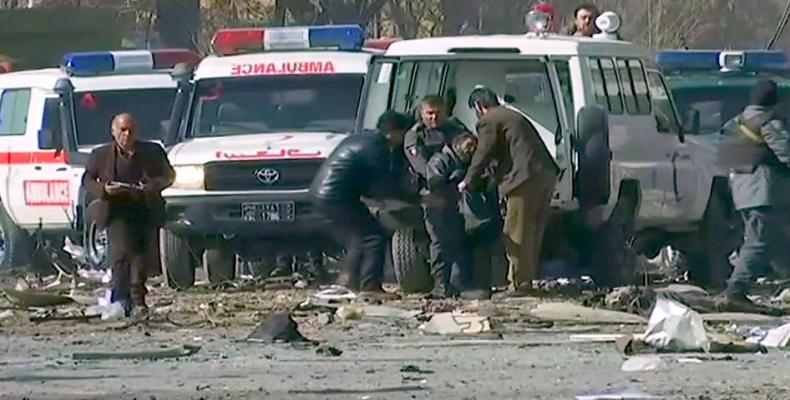 Kabul, January 29 (RHC)-- Afghanistan has declared a national day of mourning after more than 100 people were killed in a suicide attack in the capital Kabul over the weekend.

The Taliban has claimed responsibility for the attack, in which terrorists detonated an ambulance packed with explosives in the middle of a crowded street.  More than 235 people were also wounded.

Meanwhile, in a separate attack, 11 Afghan soldiers were killed on Monday morning after ISIS terrorists stormed an Afghan army base in Kabul.