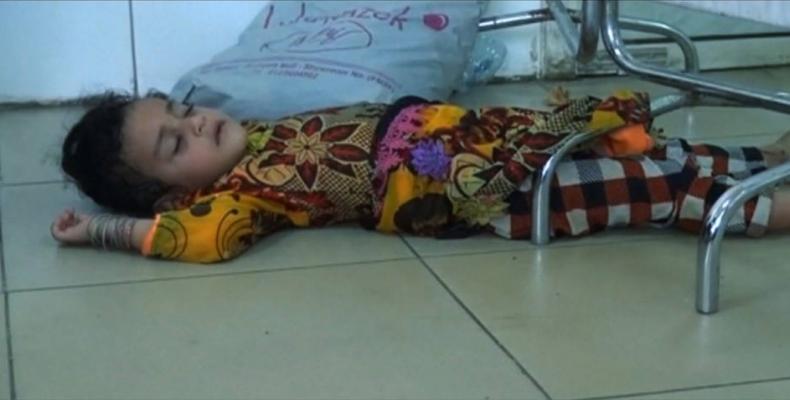 Sanaa, July 28 (RHC)-- In Yemen, the heads of the United Nations’ relief agencies are calling for a massive increase in humanitarian aid, as the number of cases of cholera in Yemen hit 400,000.

U.N. leaders say the outbreak has increased the number of Yemenis in need of assistance to nearly 21 million.  Peter Maurer, head of the International Committee of the Red Cross, told reporters: "The overall situation is very dire and very catastrophic with regard to certain areas that I have mentioned, health situation in particular.  If the ICRC, within two weeks, decides to double its program in Yemen, it’s an indication that the situation is very bad."

The cholera outbreak comes as more than two years of U.S.-backed, Saudi-led bombing in Yemen has devastated the country’s health, water and sanitation systems.