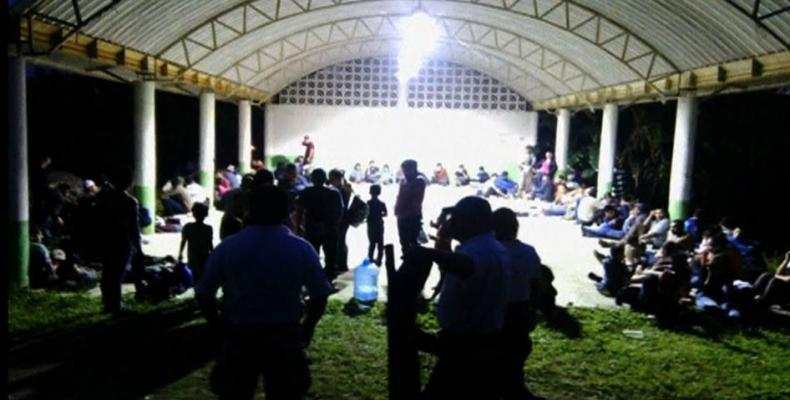 Veracruz, July 31 (RHC)-- Mexican officials report they have discovered more than 170 Central American refugees who had been abandoned by their traffickers in a trailer in the state of Veracruz as the men, women and children were attempting to traverse Mexico to reach the U.S. border.

The health conditions of those rescued is not immediately clear, but Mexico's National Institute for Migration said that some of the migrants were injured and showed signs of asphyxia.

Local news reports said that those rescued were taken to a migration center, where they received medical care and where authorities began to coordinate getting the migrants back to their home countries.

This incident comes almost a week after 10 people died and more than 30 others were injured in another smuggling case in San Antonio. I n that case, an estimated 200 people were packed into a tractor-trailer at points throughout the trip, spending hours in scorching conditions without access to food or water.