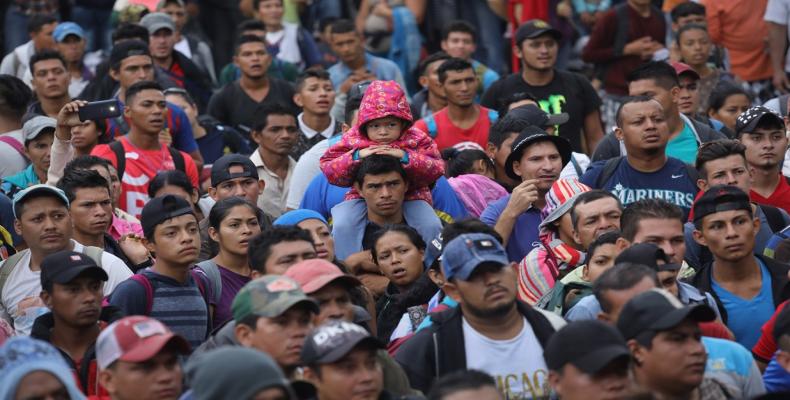 Mexico City, November 13 (RHC)-- Hundreds of Central American migrants, who refer to themselves as Central American Exodus migrant caravan, are continuing their march north through Mexico, en route to the U.S. border where President Donald Trump has effectively suspended the granting of asylum to migrants who cross illegally.

Trump's order, which went into effect over the weekend, means that migrants will have to present themselves at U.S. ports of entry to qualify for asylum and follow other rules that seek to limit asylum claims.

"It doesn't matter what rules (Trump's) government imposes we cannot go back to our countries. I have a bullet in my arm and another in my shoulder. If I go back home, it'd be better for me to go in a casket," said 30-year-old Julio Caesar from Honduras.

The caravan, made up mostly of Hondurans, is heading north again following a rest of four days in Mexico City.

Some of the migrants are set to arrive at the border city of Tijuana on Tuesday, while others later in the week to Reynosa and other border towns, according to migrant shelters.